Speaking at the G7 summit, the head of the Japanese government Shinzo Abe, pointed out the existing Parallels with the situation in the Wake of the global financial crisis of 2008, according to Reuters. The Prime Minister pointed out that world prices for raw materials from June 2014 to January 2016 fell to 55%, the same rate as in the period between July 2008 and February 2009.

According to the Deputy Secretary-General of the Cabinet of Japan, Hiroshige Seko, the leaders of the G7 agreed that emerging economies are in a dangerous situation, “although the current economic situation, in their opinion, is not a crisis.”

The two-day summit of leading industrial countries of the world was opened may 26 in the Japanese region Iseshima. It began with a visit to the leaders of the G7 main Shinto Shrine of Japan, ISE dedicated to the sun goddess Amaterasu o-Mikami, considered the mythological ancestor of the Japanese Emperor. 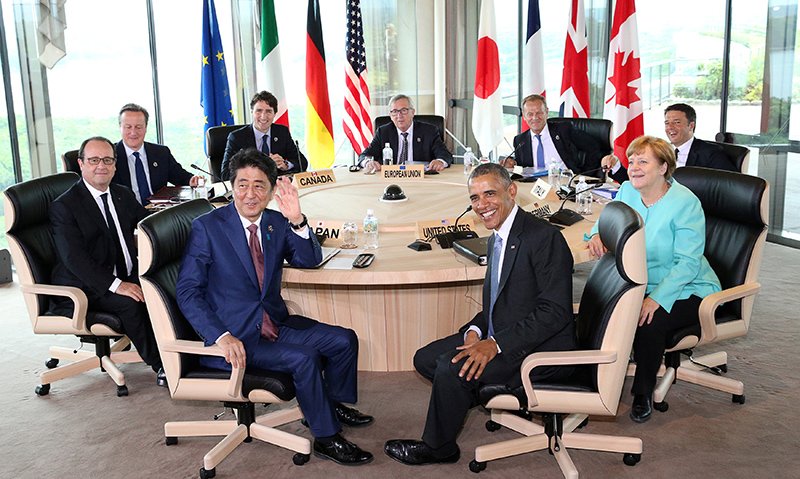 According to Abe, the visit of the politicians in the sanctuary should help them to penetrate the essence of Japanese culture. This decision of the Prime Minister cried out criticism, as the temple represents conservative values and means the mixing of religion and politics, Reuters reports.

Abe said that the leaders of the G7 agreed that to accelerate the growth of the global economy requires a flexible approach to fiscal policy, but the timing and amount of stimulus should take into account national specificities.

According to Reuters, the summit participants Express their commitment to the strengthening of stability in world currency markets. G7 leaders will also discuss issues related to the threat of terrorism, cyber security and territorial disputes in the ocean waters, in particular, China’s actions in the East China and South China seas.

The G7 consists of Britain, Canada, France, Germany, Italy, Japan and the United States. Until 2014, it included Russia, but its membership was suspended in connection with the annexation of Crimea, which the rest of the band considered illegal.