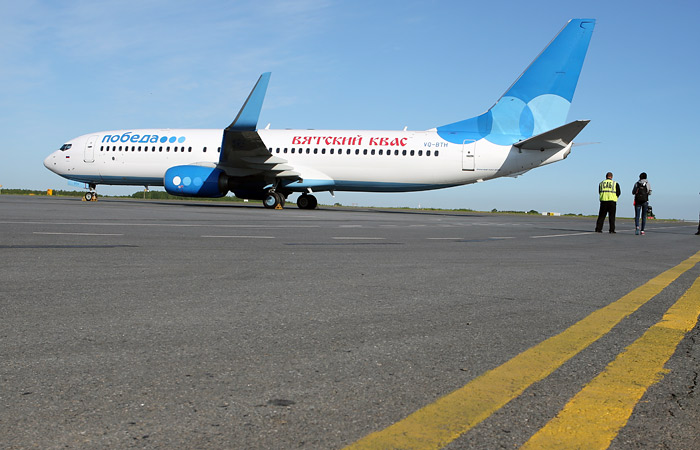 Moscow. May 25. The airline “Victory” has received over 20 requests from companies wanting to place ads on the fuselages of its planes, a spokesman of the airline.

“One day after the presentation of the new service, the airline “Victory” has received over 20 requests to Russian companies wishing to place their brand name on the aircraft fuselage. Among the potential customers of the financial holding company, IT company, transport company, manufacturer of food products and a large Bank”, – noted in the “Victory”.

On Tuesday, the carrier announced that started to provide so-called service branding of the aircraft on a commercial basis. His first client was the manufacturer of kvass JSC “Vyatich”, whose contract is concluded for three months.

“The first aircraft in the fleet of the new airline named “Vyatka Kvass”. He began to fly with symbolic flight to Kirov, where is the legendary drink on one of the oldest factories of Russia. The aircraft VQ-BTH branded for three months in the frames of contract with JSC “Vyatich”, – is spoken in the message of the company.

“Victory” – a low-cost carrier of Aeroflot group. The company’s flights are operated by Boeing-737-800 in single-class layout Seating up to 189 passengers. For some international destinations provided a paid service Fly&Bus, when on arrival the passengers are transported by buses-Express trains to the centers of the cities of arrival.