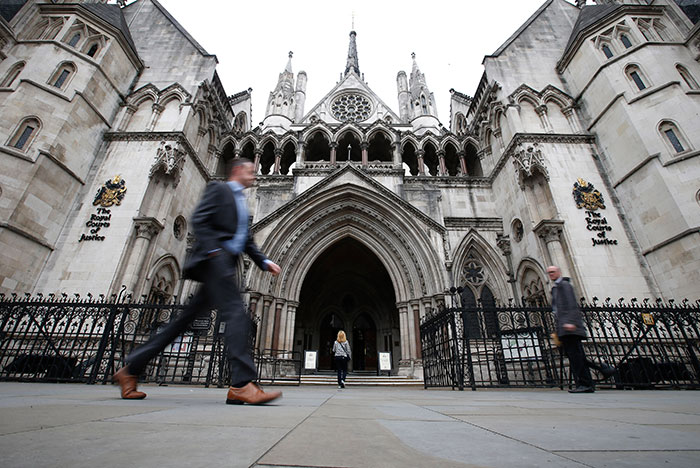 Moscow. May 27. Ukraine has filed in the High court of England objections to the claim with which the company The Law Debenture Trust Corporation Plc appealed against Ukraine in February 2016.

From the joint statement of the Ministry of Finance and Ministry of foreign Affairs of Ukraine, it follows that the company-the plaintiff is the Trustee (Trustee) according to the document, which included the provision of Russian Federation and Ukraine is borrowing $3 billion, the conclusion of which was the result of agreements reached by the government of former President Viktor Yanukovych from Russia in December 2013.

“Objections against the claim of Ukraine establishes that the contract on borrowing was null and void and not enforceable for a number of reasons,” – reads the statement of the Ukrainian ministries.

According to the authors, these reasons, in particular, include the fact that, in accordance with the Ukrainian legislation, the Ukrainian authorities did not have the necessary capacity to conclude the agreement, which violated established at the time the borrowing limits, as well as the fact that “the agreement was concluded under coercion of Ukraine, which was carried out by Russia in the course of 2013 with the goal to prevent Ukraine’s signing the Association agreement with the EU”.

In this regard, the foreign Ministry and the Finance Ministry stressed that Ukraine intends to vigorously defend its position in this matter.

In the foreign Ministry and the Finance Ministry said that Ukraine intends to vigorously defend its position in this matter, and such protection is one element of a larger legal strategy to attract Russia to justice for the aggression and other illegal actions against Ukraine, including the illegal occupation of the Crimean Peninsula”.

The government of Mykola Azarov in December 2013 as part of the agreement the then President of Ukraine Viktor Yanukovych with Russian President Vladimir Putin issued two-year Eurobonds for $3 billion, which bought the Russian national welfare Fund (NWF).

Foreign holders 13 of the 14 issues of sovereign and state-guaranteed Eurobonds of Ukraine amounting to $14.36 billion and EUR0. 6 bln supported their restructuring 14 Oct 2015. They traded 80% on the old debt securities for new ones due in 2019-2027 years, and 20% for the state derivatives, whose payouts depend on the dynamics of Ukraine’s GDP.

Consent to the restructuring was not obtained only released at the end of 2013 at 5% per annum two-year Russian Eurobonds for $3 billion, the maturity of which has come at the end of December 2015.

Russia in early 2016, filed a lawsuit in the court. According to Deputy Finance Minister Sergei Storchak, Ukraine had to respond to the claim of the Russian Federation on the debt until March 4.

The fourth of March, Ukraine sent to the High court of England confirmation of receipt of the procedural documents, in which he told of the intention to object to claims, presented to her by the company The Law Debenture Trust Corporation Plc in connection with the debt to the Russian Federation. “Thus, Ukraine reconfirms its previously announced intention to vigorously defend its position on the case,” the Finance Ministry said that day.

On 17 may, the Minister of Finance of the Russian Federation Anton Siluanov said that Russia will demand to include in the program of the IMF on the allocation of financial assistance to Ukraine repaid the debt by $3 billion to the Russian Federation. “As a sovereign lender while preparing the new updated program of the IMF to provide loans to Ukraine, we will insist on the inclusion of the commitments of Ukraine to Russia. Since in accordance with the IMF rules all sovereign obligations in the provision of financial assistance from the Fund should be considered… If this is not done, how can we support such a programme?” – said Siluanov in interview to TV channel “Russia 24”.