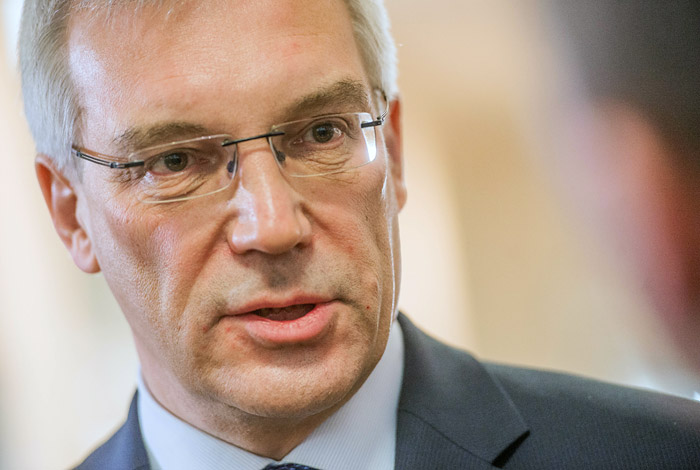 Moscow. May 30. Russia will adequately respond to possible threats from NATO in the Black sea, said the permanent representative of Russia to NATO Alexander Grushko.

“Today, NATO is trying to shift the confrontational scheme on the Black sea”, – he said in an interview to “Rossiyskaya Gazeta”.

Commenting on the recent statements of Turkish President Recep Tayyip Erdogan that we cannot allow the transformation of the Black sea into “a Russian lake”, the diplomat noted that “NATO is well aware that the Black sea never turn into a “NATO lake”.

“We will take all necessary measures in order to neutralize possible threats and attempts at putting pressure on Russia from a southern direction”, – said Grushko.

According to the Russian Ambassador, “the tendency to deterioration of relations between Russia and NATO” so far has not exhausted itself.

According to Grushko, the Alliance continues a policy of “containment” of Russia, despite their own calls for a political dialogue. “I don’t want to say that in our relations with NATO “cold war”, but the Alliance goes to the scheme of security of the cold war, “he said.

Grushko noted that “it’s worrisome, because today we are talking not only about politics but also about military construction.

“Politics takes concrete shape in the “hardware”, and the many measures that are today the US and its allies in Europe, perpetuate such a confrontational model. And this model will in turn influence future policy”, – said the diplomat.