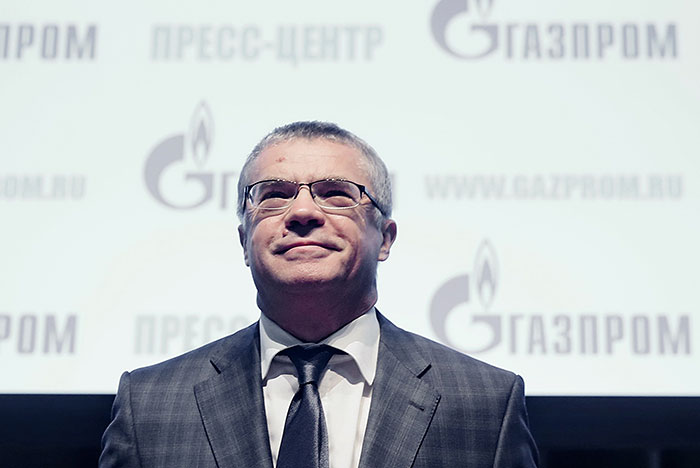 Moscow. May 31. Known for his colorful comments the Chairman of “Gazprom” Alexander Medvedev at a press conference on Tuesday responded to the statement by the representative of the government of Poland on energy issues, Peter Naimski reluctant to renew the contract with Moscow after 2022.

“What are our actions in this regard? Any action we take will not. We have a contract in place, deliveries are in full compliance with the current contract. Such statements are unlikely to help. But I can’t say that they interfere with the current process. But if I were in the boots of Mr. Naimski stood for a second and thought, where the gas-it would be nice if the Russian gas is not or is less”, – he reminded.

“It built a terminal (Swinoujscie LNG). A lot of talk about the fact that us LNG is a panacea for Russian gas. It was a lot of noise about sending the first American tanker to Europe already and Portuguese girls were ready to throw in air caps and hats. But they do not have to, because American tanker price sniffed the air Europe and sailed from Portugal to another place”, – said Medvedev.

“This means that economic factors will determine the competitiveness of American LNG. Currently, there is a more preferred destination for American LNG than European. With that situation, which is today and projected for the near future, I don’t see how us LNG for charitable purposes will go to Poland, Portugal, the United Kingdom,” he commented.

“If we’re talking about the economy, how to replace 8-9-10 billion cubic meters of LNG to the us in Poland? There is a famous tale about an old woman who asked that goldfish made her the mistress of the sea, and in the end were left with nothing. I hope no one with nothing will not. Diversification of supply is good, as well as transportation routes. And if it is not done for political purposes, such statements have no meaning”, – said the Deputy Chairman of “Gazprom”.

The General Director of “Gazprom export” Elena Burmistrova added: “Our relations with the Polish colleagues are history since the late 1940-ies. During this period, we have come a long way and always found a compromise solution. Therefore, if we fail to pay attention to what politicians say, which sound quite harsh and do not always correspond to the situation and the negotiations between Gazprom export and PGNiG, we can see that Poland now was not the best situation. There is a terminal for receiving LNG at five million tonnes, there is a signed contract which had been concluded in the period of peak prices with the Qataris. And today, unfortunately, Poland was forced to extend for five years the launching of this terminal. The contracts were signed, the court goes in other directions, and in fact, Poland had to pay the cost of the gas that goes in other directions”.

“Ultimately, this will fall on the consumer. Policies change very often, and the citizens of the country, I think, will still choose economic rationality, and we understand that logistics and geography of supplies will always be preferable from the Russian side. The only question of commercial arrangements and reasonable behavior of companies in the market,” she concluded.

“Of course everyone is free to choose how to buy gas. I want to remind that more recently volumes of deliveries to Poland were at the request of Poland increased. We also know that a significant area of Poland is still not gasified. At the time we were in negotiations with the Polish colleagues how to ensure the issue of lack of gas in a large area of the Polish Republic”, – Medvedev recalled.