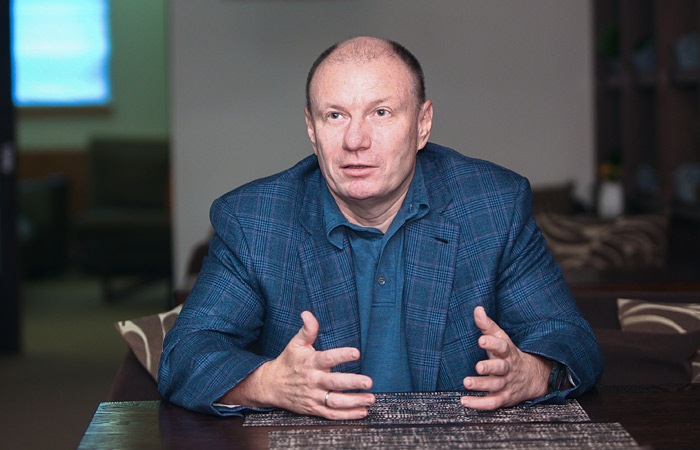 Moscow. June 7. General Director of JSC “Norilsk Nickel” Vladimir Potanin predicts decline in net profit GMK in the current year. He said this in an interview to “Russia 24”.

He noted that metals prices in 2016 will be quite low. “So I do not expect that the profit will increase, rather decrease”, – he said. “I advise you to prepare for the prolonged period of adverse market conditions,” – said the President of “Norilsk Nickel”.

Net profit of Norilsk Nickel under IFRS in 2015 amounted to $1.7 billion (down 14%). Dividends the company pays on the basis of EBITDA (the shareholders agreement expected payments of 50%, but not less than two billion dollars in 2015).

Adjustment of the dividend policy, undertaken in the spring of this year, led to the creation of more flexible models, which will exist next three to four years in unfavorable market conditions, said the President of “Norilsk Nickel”.

Answering the question whether situations of conflict between the main shareholders of Norilsk Nickel, including differences in the level of dividends, Potanin said that in the near future they don’t expect – “there is no database”.

In addition, Potanin said he was pleased with the current joint configuration in the “Norilsk Nickel” and sees no need to change it.

“We have a stake of more than 30%, that’s some pretty serious exposure, serious risk, adopted at the “Norilsk Nickel”, so I think that is enough,” said Potanin, answering the question whether he plans to increase the package in GMK.

“In addition, we also have other partners – the structure of Oleg Deripaska, Abramovich’s structure, they also have certain packages. We have already agreed in this framework, and well it is working, frankly, to break this balance is not very desirable: no good deed goes unpunished,” said the owner of “Interros” and the head of “Norilsk Nickel”.

“So, I think we in this company will work for a while, in the configuration that now exists”, he concluded.

Instability is associated with distortion of the normal balance of supply and demand in the market of Nickel and copper due to the large quantity of financial transactions. The situation is comparable to the “bubble” in the mortgage market in the United States before the 2008 crisis. In the end, for example, the system deficit in the palladium market does not lead to higher prices, said the head of “Norilsk Nickel”. Expects Norilsk Nickel to the deficit in the copper market this year.

The rise in prices is possible even then, “when you cease to produce those metals who makes it unprofitable,” said Potanin.

Speaking about the cost of Norilsk Nickel, Potanin noted that MMC produces complex ore containing Nickel, copper and platinum group metals, so “the cost of Nickel have, in a negative sense”.