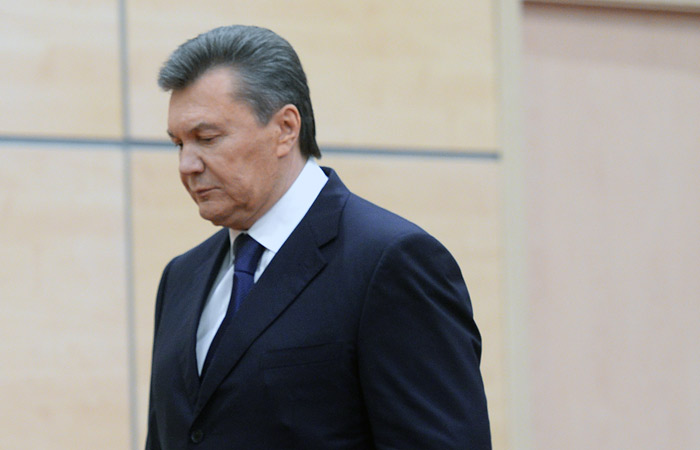 Moscow. June 8. The Ukrainian side has submitted the appeal on procedural orders of the General court of the European Union for the family of former President Viktor Yanukovych.

On June 2, “the legal Advisor of Ukraine were filed with the appeal on definition of the General court of the EU of March 11, 2015 in cases t-346/14, t-347/14 and t-348/14. On 7 June the court of justice of the EU confirmed receiving such complaints,” according to the official website of the Ministry of justice of Ukraine on Wednesday.

The Ministry noted that the challenged procedural decisions are not decisions in fact the cases in which the consideration of the imposition by the EU Council of economic sanctions on Yanukovych.

These definitions do not demand from Ukraine payment of any monetary amounts.

“The Ministry of justice re-emphasizes that there are no decisions of the European court of recovery in favor of Yanukovych and his entourage from Ukraine of at least one penny. At the same time to prevent any risks of manipulation and these procedural judicial acts were appealed in an appeal order. The appeal is aimed at ensuring the positions and interests of Ukraine”, – stated in the message.

At the same time, the Ministry continued in Ukraine of investigation of criminal proceedings concerning ex-the President Yanukovych and his entourage.

“Ukrainian law enforcement agencies will be very happy to personally hear the position of Viktor Yanukovych on the issues raised in each such case”, – is spoken in the message of the Ministry of justice.

As reported, former Minister of justice of Ukraine Olena Lukash on March 28, wrote on Facebook that the EU court obliged Ukraine to compensate the claim of costs in the amount of 6 million altitude of 378.4 thousand Yanukovych and his two sons Alexander and Victor (deceased) – in the case on appeal, and imposed upon them by the European Union property sanctions. She stated that the state of Ukraine was first brought in as a third party in the process of appealing Ukrainian officials Yanukovych times in court the EU imposed property sanctions them, and then the Ministry of justice of Ukraine withdrew the submitted an application on joining the trials.

“The EU court took a decision on the need to cover the costs of a number of plaintiffs, which they suffered in connection with the submission by Ukraine of such statements. The amount that Ukraine now has to compensate the three plaintiffs: V. Yanukovych, A. Yanukovych, Viktor Yanukovych Jr. is (317,50 57 thousand pounds each. Due to the negligence of the Ministry of justice, the sum of Ukraine’s debt already amounts to 171 thousand pounds 952,5. This 6 million 378 thousand UAH 436. Such is the damage”, – told ex-the Minister of justice of Ukraine.

The Internet-the edition “European true” with reference to the written comment of the representative located in the Luxembourg court Balash Levickogo April 8 reported that the state of Ukraine, representatives of ex-President Yanukovych and his sons have not reached agreement on the compensation amount from the side of official Kiev.