The an-148 aircraft special flight detachment “Russia”, which in may in Russia arrived exchanged for Hope Savchenko Russians Evgeny Erofeev and Alexander Alexandrov, on Tuesday afternoon went from Moscow towards Ukraine, according to the portal Flightradar.

According to these data, the plane with registration number RSD84 took off from Moscow’s Vnukovo airport, crossed the border of Ukraine and the Bryansk region and, as of 13:40 Moscow time, flew over the territory of Chernihiv region in the direction of Kiev.

The special flight squadron “Russia” has departed from Moscow at 12:40 Moscow time, have informed “Interfax”, citing an informed source in Moscow. According to the interlocutor of the Agency, after 14.00 Moscow time the plane should land in Ukraine, where he will take the Russians, who are expected to be exchanged for prisoners in Russia, the Ukrainians Yuri Soloshenko and Gennady Afanasyev. 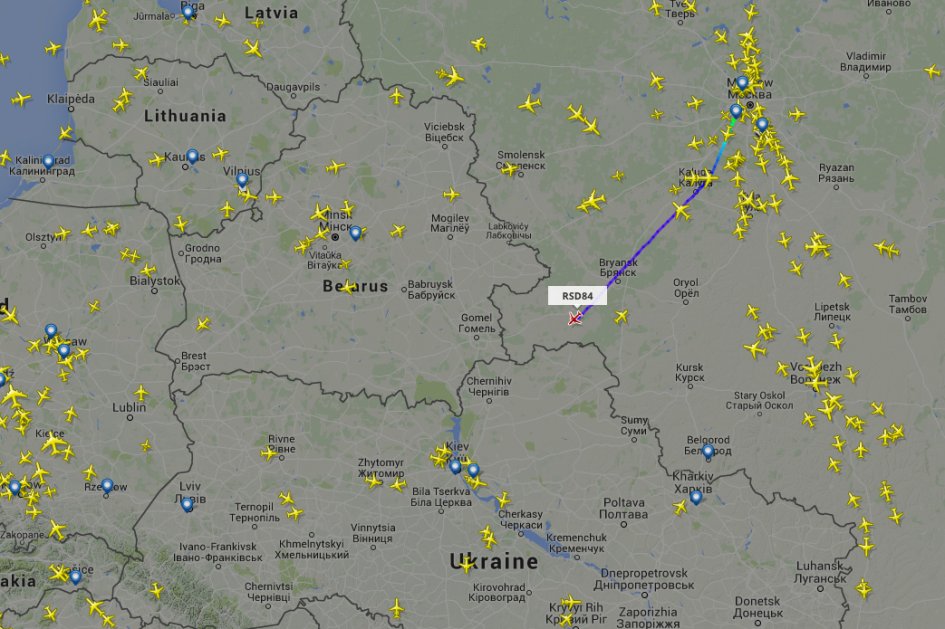 Ukrainian Agency UNN, without specifying the source of information, reports that from Kiev Borispol airport at 12:05 Vnukovo flew the plane An-26, which needs to be transported to Ukraine Afanasyev and Soloshenko.

Earlier UNN with reference to own sources in 10.50 said that two civilian aircraft flew from Kiev to Vnukovo, where one of them, Ukraine will return Afanasiev & Soloshenko. In less than 1.5 hours to the Agency with reference to sources reported that the flight of two civil aircraft was abruptly postponed when they were already on the runway and prepared for lifting into the air.

Earlier Tuesday edition Zn.ua citing a source in the presidential administration of Ukraine reported that on June 14 there will be an exchange of Gennady Afanasyev and Yuri Soloshenko. According to the source, it is unknown who Ukraine will give in return the Russian side, but probably we are talking about the accused in the case about the events on may 2, 2014 in Odessa, including “a certain inhabitant of Odessa”.

The lawyer Gennady Afanasyev Alexander Popkov said earlier that he does not have information about the exchange of the Ukrainians. He noted that negotiations on the transfer Afanasyev intensified in early may when he was transferred to Lefortovo.