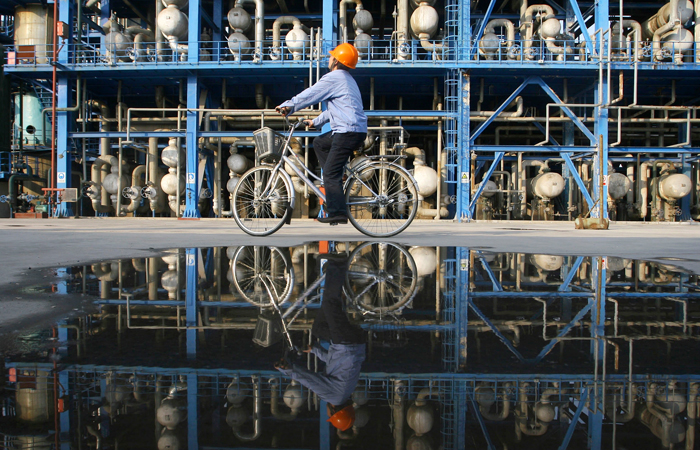 Moscow. June 10. At the end of last year, the Chinese Corporation Sinopec with total revenue exceeding the revenue of all Russian oil and gas companies, has made a second major purchase in Russia – 10% stake in the giant Russian petrochemicals company SIBUR was bought for $1.3 billion.

Prior to this, Sinopec owned only 49% of the oil company Udmurtneft jointly with Rosneft, and 25% in a small project on Sakhalin. Over the past two years about Sinopec in Russia was heard much more than another Chinese state – owned companies- CNPC, which has already managed to buy in Russia and oil and gas, and still looks like a real “Shopaholic” in the period of discounts, provoked by low oil prices and the sanctions war between Russia and the West.

The investor must know in person

In the Russian news media often flashed the names of Chinese companies – CNPC, Petrochina, Sinopec, CNOOC, CNODC, ChemChina and lots of others, I confess, not all journalists can immediately tell – whether between companies the relationship or is it all different companies. In the case of Sinopec also need to draw boundaries. The state owns 100% Sinopec Group or China Petrochemical Corporation), which bought 10% of SIBUR. In turn, Sinopec Group owns 73% of Sinopec Corp. (China Petroleum & Chemical Corporation), and the rest action Corp. placed on the market and bought, in particular, international portfolio investors, such as BlackRock, JPMorgan, etc.

When in Russia come from China’s oil companies negotiate oil purchases, we often don’t think about the fact that the volume of their production is comparable with the production volumes of the Russian companies – just the volume of consumption and the degree of processing of “black gold” in China are so large that they have to buy oil in other countries.

So, in 2015, Sinopec produced 79 million tonnes of oil, slightly less than production volumes of LUKOIL, but only half have been mined in China, the rest produced by Foresta abroad. While Sinopec processed three times more than 238 million tons of oil, ranking first in the world on this indicator, and it is now approaching half of all Russian oil production.

As for the petrochemical segment, here’s Sinopec – 4-line world ranking and shows a steady increase in chemical production – nearly 63 million tons produced in 2015, of which 11.1 million tons of ethylene, about 9 million tons of propylene, about 15 million tons of synthetic rubbers. While the petrochemical industry in China’s GDP is about 30% (for comparison, in Russia – only 1,5%). And waste this sector produces virtually nothing – about 90% of plastic waste is recycled. According to this indicator, China is even ahead of the US and Europe. And there is also a huge field for cooperation with Russian oil and gas chemistry.

The amount of revenue of $315,3 billion Sinopec – on the second place of honor, according to the rating of FortuneGlobal500. It should be noted that vertical integration has helped the company to reverse the decline in oil prices, which seriously crippled the other oil and gas majors. After all, Sinopec is both a producer and consumer of oil and other hydrocarbon resources.

The scope of the company, which is represented in 76 countries, is felt in the value of the office is almost 100 m in height, with a helipad on the roof, the Elevator which overcomes the 10 floors in a blink. In the control room, which, of course, compared to the others with the mission control center, hangs a huge screen where on the world map caused possession Sinopec. Clicking on the small dot somewhere in the Pacific, the controller enlarges the image of the tanker with oil arriving at the port company, with the exact amount of load and other statistical data. Just like in the American movies about the CIA.

Sinopec has expressed willingness to cooperate with Russia in all segments– participation in the privatization of Russian oil companies, the purchase of 10 more% of actions “SIBUR” (such permission from the state Commission already has) and shares in oil projects of “Rosneft” to invest in all of the Russian petrochemical projects, increase purchases of Russian oil and LNG imports would be only good economic conditions.

“We Express our interest to participate in all petrochemical projects in Russia, but need the investment payback,” said he as denoting, in particular, the East Russian projects of the “Eastern petrochemical company” (VNHK), “Rosneft” and the Amur gas-chemical factory (GKhK) “SIBUR”. Joint participation to “SIBUR” can give Sinopec a foothold to expand cooperation in the Amur gas-chemical complex co-marketing products in China, the purchase of shares in oil projects, “Rosneft” – “ESOC” and “Tyumenneftegaz” – the field of cooperation on “COMPANY”.

For its part, Sinopec wished to provide its technology for refining and production of ethylene and engineering services.

However, while none of the Russian petrochemical or refinery is not built on Chinese technology and the market is firmly established Western companies.

“We design and build refineries, we believe that the technology has matured. Morezmore to build factories for the processing of oil by 10 million tons, the production of 1 million tons of ethylene. The price for the design and construction of plants is much cheaper than in American or European research institutes. As relations between Russia and China is very friendly, Sinopec is ready and willing to provide its technology and engineering services for Russia, to achieve mutual benefit. Then you will have more opportunities to visit China,” said senior Vice President of the Chinese company Zhang Jianhua.

However, managers of Russian companies admit that the Chinese are very tough negotiators. However, in a situation of actual closing cooperation with Western partners on acute for Russia problems China has all chances to strengthen its positions on the Russian market, especially because we share a Communist past.