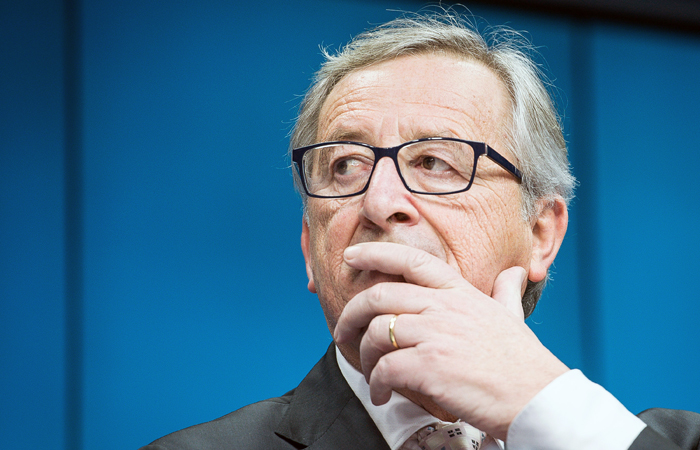 During the first day, the head of the European Commission assessed the situation in relations between the EU and Russia, saying that “Russia has capabilities, and on it the duty to use all resources in order to interact with the European Union as a partner.” He also noted that “for the EU and Russia, the price of fragmentation will be very high. Touched the speaker and the issue of lifting of sanctions, stating that “we need to ensure the full implementation of the Minsk agreements, no more, no less. This is the only way, after which to start our negotiations, and this is the only way for the lifting of economic sanctions.”

On the second place ranking is the Minister of economic development of Russia Alexei Ulyukayev. Media quoted the statement of the Minister regarding the forecast for inflation, GDP growth, as well as his proposal to close 10 of 33 special economic zones: “Indeed, we have a serious claim to the institution of special economic zones, and especially to the work of many of them. We now have 33 of the SEZ. We believe that 10 of them be, simply, closure, liquidation.”

The third position is the former President of France Nicolas Sarkozy. Addressing the participants of the forum, he actively discussed the issue of relations between Russia and Europe, addressed the issue of lifting the sanctions, assessed the events in Ukraine. In particular, he suggested that Russian President Vladimir Putin to lift restrictions imposed by Russia in response to the adoption by the West of anti-Russian sanctions. “The strong must reach out first, the strongest – Russia, that President Putin” – he said Thursday at a session of the St. Petersburg international economic forum.

First place in the ranking of references of participants of the forum in the category “Business” is the head of “Gazprom” Alexey Miller. Media has quoted his statements about the forecasts for record on the delivery of Russian gas to Europe. “We expect that 2016 will be a record year, and Europe will deliver more gas than in 2015,” said Miller, speaking at the SPIEF. Also attention was drawn to his comments on the transfer of gas routes to the North and “Nord stream 2”.

In second place ranking is a head of “Rosneft” Igor Sechin. He actively commented on the situation in the oil market, predicting market growth: “These fundamentals of the oil markets in the short and medium term as steady demand growth, including new growth markets in developing countries, and the fall in investment activity in the sector should lead in the coming 4-5 years to radically change the situation on the market and its growth after stabilization.” In addition to that quoted his statements regarding the establishment of a joint venture with BP – “Ermak”.

On the third position – the head of Sberbank German Gref, which announced its forecasts for economic growth of the Russian Federation. “Next year, it may go to some figures, it’s hard to say how much, but it is obvious that in the medium term this growth will be low”, – said the head of Sberbank.

Person
The number of references

Alexei Ulyukayev, Minister of economic development of the Russian Federation
721

Sergey Lavrov, Minister of foreign Affairs of the Russian Federation
431

Anton Siluanov, Minister of Finance of the Russian Federation
413

Elvira Nabiullina, Governor of the Bank of Russia
324

Alexander Novak, Minister of energy of the Russian Federation
237

Denis Manturov, Minister of industry and trade of the Russian Federation
143

Sergey Aksenov, the head of the Republic of Crimea
119

Maxim Sokolov, Minister of transport of the Russian Federation
111

Person
The number of references

Oleg Budargin, the head of the state holding “Russian grids”
95

Sergey Kalugin, the head of “Rostelecom”
81

Vladimir Yevtushenkov, the head of the Board of Directors of AFK “Sistema”
63

Alexander Medvedev, Deputy Chairman of the Board of “Gazprom”
61