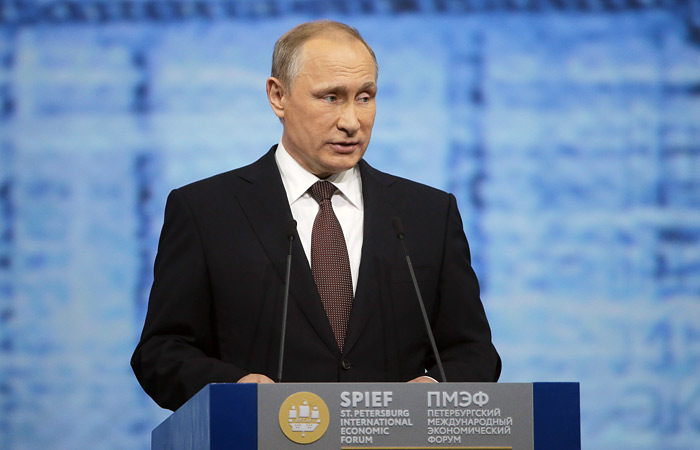 Moscow. June 17. Russian President Vladimir Putin believes that the structural problems of the global economy persist and restart its growth until it succeeds.

“After the crisis of 2008-2009 has been partially reduce the fiscal balances, to limit, though not to overcome, the problems of debt growth, to make more transparent and manageable cash flows. However, the structural problems accumulated in the global economy persist. To restart growth is not yet possible,” – said Putin at the SPIEF plenary session on Friday.

In addition, the Russian President touched upon the feasibility of establishing the EAEC on the basis of a wider integration of education with the participation of China, India, Pakistan, Iran and some CIS countries.

“We propose to consider the creation of a great Eurasian partnership with the participation of the EAEU, as well as countries with whom we have developed close relationships: China, India, Pakistan, Iran and, of course, mean our CIS partners, other interested States and associations”, – said Putin.

According to him, “could begin with simplification and unification of regulations in the field of industrial cooperation and investment, as well as non-tariff measures, technical, sanitary regulation, customs administration, protection of intellectual property rights.