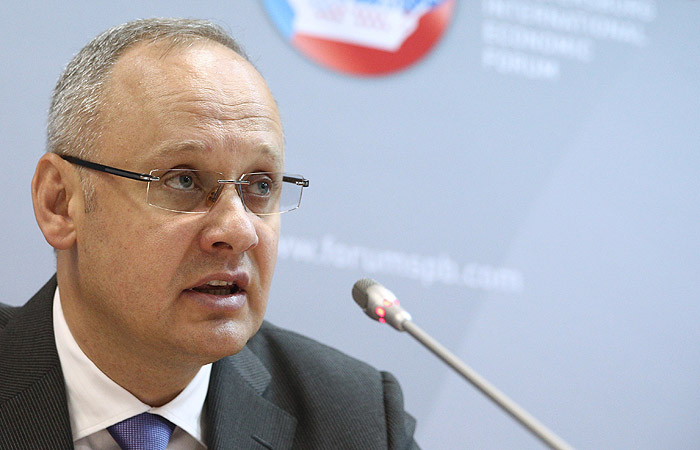 Moscow. June 19. Anton Kobyakov, Advisor to the President of the Russian Federation, responsible Secretary of the organizing Committee of the forum headed the rating of mentioning Forum members in the category of “Power” at the end of the third, final day, show data of the media analysis “SKAN-Interfax”.

Increasingly, the media quoted the statements made Kobiakov at the press conference on Saturday regarding the number signed at SPIEF-2016 agreements, and the number of participants. “The total number of formal agreements amounted to 332, the total amount of these agreements reached 1 billion 24 million. Let me remind you that 2015 was 205 signed agreements,” said Kobyakov, adding that the number of participants exceeded 12 thousand people from 130 countries. The forum was attended by 30 Ministers, 74 heads of regions of the Russian Federation.

On the second place ranking of “Power” at the end of the third day is the Governor of St. Petersburg Georgy Poltavchenko, in particular, media coverage of his meeting with the head of Dagestan, Ramazan Abdulatipov, to discuss the scope and intensification of cooperation between St. Petersburg and Dagestan.

On the third place – Deputy Prime Minister Dmitry Kozak, who took part in the panel session “Public-private partnerships in housing: a real investment in the real sector and commented on the growth in utility tariffs.

In the ranking of the references to “Business” in the third day of the Forum took first place in the head of “Gazprom” Alexey Miller, commenting on the question on the debt of Belarus for gas, calling it internal matter. The second place is taken by Dmitry Dyrmovsky, Director of the Center for speech technology, who said that Russia will create a national biometric platform. Third place is taken by Vladimir Komlev, General Director of the National system of payment cards, commenting on the development of the payment system “World”.

Anton Kobyakov, Advisor to the President of the Russian Federation

Sergey Donskoy, Minister of natural resources of the Russian Federation

Vladimir Medinsky, Minister of culture of the Russian Federation

Alexander tsybulskiy, the Deputy head of the RF Ministry of economic development

Alexey Miller, Chairman of the Board of “Gazprom”

Alexander Ivanchenko, head of the “Corporation of development of Dagestan Republic”

Alexander Plutnik, the head of the Agency

Sergey Frank, the head of “Sovcomflot”