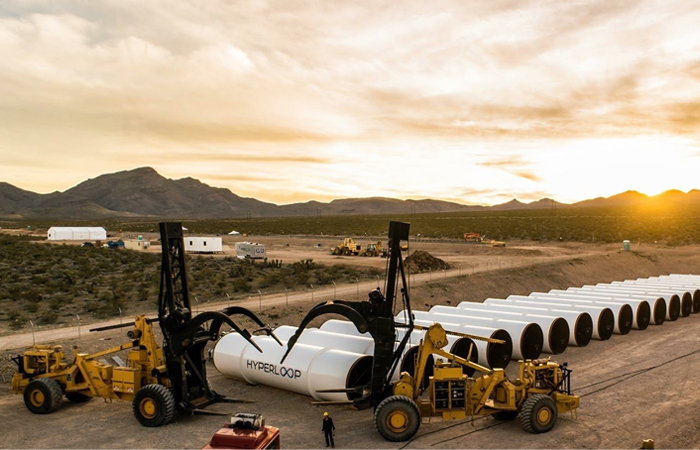 According to him, the Foundation is interested in attracting the most advanced technologies from around the world. “For example, we recently invested in, is absolutely a small investment made in a company Hyperloop One that has tested a new train that can reach speeds up to 1,200 km/hour,” he said.

Dmitriev said that the company raises another round of financing at a much higher valuation than the assessment of which is invested in the FUND, it will allow these new technologies to apply we have.”

Mr DMITRIYEV added that at the first stage this technology could be applied to transport containers, “but may be once and for transporting people when all issues will be resolved for complete safety of this type of transport.

“We are now with Russian Railways are discussing the first pilot projects, and we therefore hope that in the nearest time we are going to test these technologies in Russia, and among investors such giants as General Electric, and SNCF, it is fastest train in France – the leading industrial companies – they believe in this project and of course we hope that it will be successful in Russia”, – he concluded.

The Fund States that the funds the RDIF was sent to the company in the funding round series B, closed in April 2016. Together with the RDIF in this round was attended by international investors, among which are: Sherpa Ventures, Formation 8, ZhenFund, CaspianVenture Partners, 137 Ventures, Khosla Ventures, FastDigital, Western Technology Investment (WTI), GE Ventures, and the French railway company SNCF.

“RDIF pays great attention to development of transport infrastructure, including the research and technology that will define the future of the whole transport industry. Our investment in the Hyperloop project One will unlock advanced technologies to the Russian market. Together with international partners, RDIF will support the project not only in Russia, but also in the markets of the Middle East and Asia”, – quotes the fond words Dmitrieva.

Hyperloop project vacuum train moving inside a totally closed pipe, the concept of which in 2013 suggested that the founder of Tesla’s Elon Musk. The advantage of this technology is in practice not implemented anywhere in the world, there is no need to overcome the friction of the rails and counter air resistance that allows speeds of up to 1200 km/h at minimum cost of energy.

The Hyperloop train will be used for passenger and for freight transport.

May 11 this year in Nevada have successfully completed testing of the power plant Hyperloop One. During the tests the prototype for 1.1 second, has a top speed of 187 km/h. At the end of the year planned full-scale launch of the first capsule on a full-size three-kilometer stretch of road.

First Vice-President of Russian Railways Alexander Misharin said that the Railways are monitoring the tests in the framework of the project Hyperloop, but decisions about participation in it yet. “We are seeing. It’s still at the level of concept. We are informed, understand what is happening. The results of tests will figure out what to do next,” he said. “This is still preliminary testing – is it possible that physically and physiologically,” – said a top Manager. “We know, maintain relationships with them,” he added.

Previously, the newspaper “Vedomosti” wrote, that the Railways and the American company Hyperloop One a few months ago set up a working group to discuss cooperation.