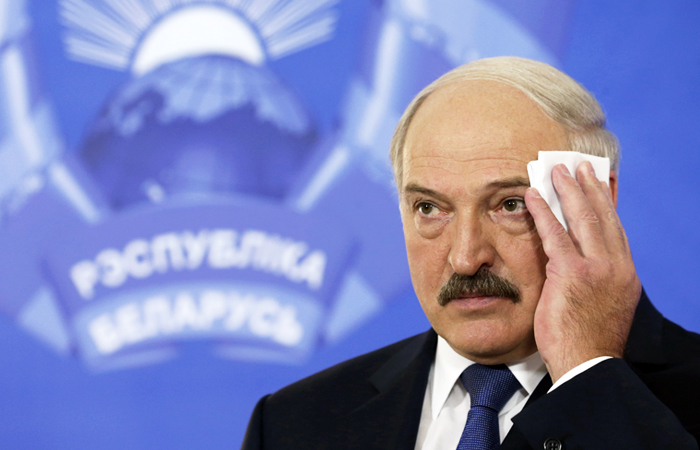 Moscow. June 23. President of Belarus Alexander Lukashenko said that the country is ready for a new merger with Uralkali, but on his terms.

“Now almost every month to me is an appeal from the new shareholders of Uralkali: take us, though would take. I say: to be proposal – ready to meet you,” – said Lukashenko, speaking at the V all-Belarusian people’s Assembly on Thursday in Minsk.

“Today they are ready to unite with us. We are not against – unite, but on our conditions”, – the President continued.

“The company exists. “Belaruskali” is the manufacturer, and BPC (Belarusian potash company) that sells. Please, let’s resume (together with Uralkali). Let’s agree, how will you produce, how much we will produce. Divide the markets and won’t compete with each other”, – said the head of state.

He stressed that Belarus first came out of the dive after the breakup of BPC and Uralkali. “In the world we simply have to pray and bow”, – said the President. High demand for the products of BKK, I noticed Lukashenko, due to the fact that the state “guarantees the integrity of this company.”

He also reminded that at present Belarus is building two new potash plants on the basis of Petrikov and Luban deposits, input of which “we will be complete masters in the potash market”.

In a press-service of URALCHEM, managing shareholder of “Uralkali” reported that “communication and business contacts with the Belarusian leadership and the leaders of the “Belaruskali” we did not stop in recent years and they are as necessary to each of the parties.”

In September 2015 the President of Belarus said that Uralkali has repeatedly offered to resume cooperation, but the Belarusian side abstained.

“They’re already in January of this year (2015) and the end of the last (2014) paid me visits, they ask for it again, take back,” – said Lukashenko, noting that the Belarusian side has decided to refrain from this step.

In July 2013 Uralkali announced the termination of export sales through the joint with “Belaruskali” trader – “Belarusian potash company”, explaining its decision by the fact that the Belarusian side has started deliveries of potassium chloride to bypass the BPC. The Russian company decided to carry out sales through its own trader. In August 2013, the head of PJSC “Uralkali” Vladislav Baumgertner was arrested in Belarus. The guilt he was charged with damage to Belaruskali and Belarusian potash company” as a result of termination of joint sales.

In October 2013, in relation to top-Manager was prosecuted in Russia, in November he was extradited to the Russian side. In September 2014, the Basmanny court has satisfied the petition of the investigator about the change Baumgertner of a measure of restraint on bail of 15 million rubles. In February 2015, it became known that the criminal case against the former head of “Uralkali” are stopped in connection with absence in its actions of structure of a crime. At the same time the Prosecutor General of Belarus Aliaksandr kaniuk stated that he intends to hold talks with the Prosecutor General of the Russian Federation about compensation of the damages in “potash case”, despite the cessation of the business. “In Russia it stopped, but I as a lawyer think it is absolutely unreasonable”, – he said.