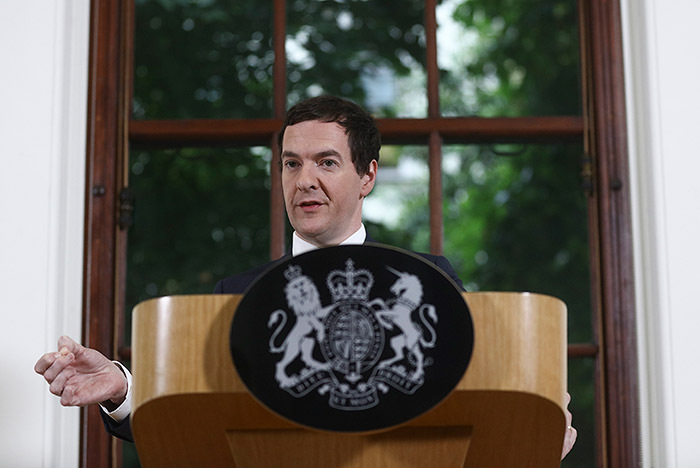 “Life will not be as cloudless as it could be, if we left the EU,” Osborne said in a broadcast on BBC Radio 4. – It is obvious that the country will be poorer as a result of what’s happening with the economy”.

The question radio host, does this mean that the government will be forced to cut spending and raise taxes, the Minister replied: “Yes, absolutely”.

The head of the British Finance Ministry believes that the news about Brexit will not just result in short term turmoil for the markets: the economy, he said, entered into a long transition period. “We have to prove to myself and the world that the country can live by available means”, he said.

Osborne was one of the most outspoken opponents of Brexit. And even after the referendum, he still insists that the effect of the exit from the EU would be devastating for Britain.

According to Osborne, the decision on new taxes and spending cuts will be made already under the new Prime Minister. In this case, before he wrote in an article posted to The Times that he is not planning to hold this post.

Last week residents of the UK in the referendum voted for secession from the Union. The pound collapsed to its lowest level since 1985, the stock market has shown a sharp fall, despite the fact that formally the process of leaving the EU may take several years.

The British Ministry of Finance in mid-June warned that Brexit could break the British budget hole in 30 billion pounds (almost $40 billion). To close it, the government will have to raise taxes and to cut spending on health, education and defence.

Thus, the income tax is expected to increase two to three percentage points, excise taxes on fuel and alcohol – five percentage points. Spending on health, education, defence, police and transport will have to cut two to five percent. In addition, the expected reduction of pension expenditure of two billion pounds a year.