On Tuesday, liberal democratic party approved the list of candidates in deputies of the state Duma elections which will be held on 18 September. In the Federal part of the list, and in 2011, joined leader Vladimir Zhirinovsky, head of the Supreme Council of the party, Vice-speaker of the state Duma Igor Lebedev, Chairman of the Duma Committee on CIS Leonid Slutsky, the Chairman of Committee on Affairs of public associations Yaroslav Nilov, the first Deputy head of the faction Alexei Didenko and the Chairman of the sports Committee Dmitry Svishchev.

Seleznyov, whose son was charged in the U.S. in 2014, computer fraud, remained on the list of the party he headed a regional group, Kamchatka and Khabarovsk edges, the Amur, Magadan, Sakhalin region, Chukotka Autonomous Okrug.

Again go to the polls from the liberal democratic party and Andrei Lugovoi, the suspect by the Prosecutor of great Britain in murder of Alexander Litvinenko. It is headed by a regional group in Krasnodar Krai.

In the lists of the party remained wealthy members. Sergei Weinstein, whose income in 2014 was nearly 253 million rubles, the family was 851.5 million rubles, will go to elections in single-mandate constituency in the Chelyabinsk region. The namesake of the father of the Deputy appeared in “the Panama document”: it was listed as one of the owners of offshore Elmex Holdings S. A., wrote Forbes. The MP said that in his property there is nothing and everything stated in the Declaration. The decision on the nomination of Weinstein was not obvious earlier, the interlocutor in party leadership do not exclude that it will not be included in the list, as they rarely appeared in the Duma.

To participate in the elections will also Eduard Markin (second in the group in the Sverdlovsk region), earned in 2014 to 192 million rubles. 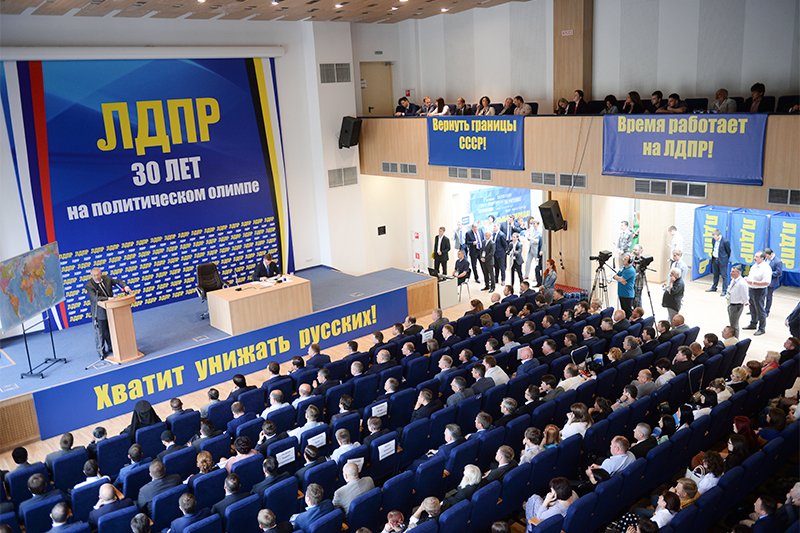 Of the current deputies of the LDPR in the list does not include about half, said Lebedev. “They don’t have worked,” he explained. In the Duma of the sixth convocation of the LDPR faction was represented by 56 deputies.

In the pre-election list of deputies Nosova, Chirkov and Khudyakov, which, according to Lebedev, was expelled from the liberal democratic party this year for their “betrayal”. Due to disagreements with the party leadership, they filed an application to participate in the primaries of “United Russia”. The deputies claimed that they themselves decided to leave their party.

Nosov Lebedev was accused that he “became interested in personal PR”: the party leadership did not like, in particular, the participation of the Deputy in the arrest of rapper Guf for drug use. I was accused of misuse of party funds and the neglect of the meetings of the Council. Also in the party were unhappy with the bill Chirkova about the age limit for deputies of the state Duma in 70 years, which beat the party leader Zhirinovsky.

Khudyakov Lebedev was remembered, “his ridiculous bills.” He Khudyakov his departure was explained by the fact that he was not allowed to move forward from LDPR on elections of the state Duma from the Tambov region.

Not included in the lists of LDPR and the Deputy Igor Ananskikh. Not the last role in the decision of the party not to take him to new thought played by the appearance of its name in the “Panamanian offshore companies,” said Lebedev.

United Russia dismissed the deputies of the liberal democratic party registration for primaries. The result Nosov went on elections from the Communist party in single-mandate district in the Krasnoyarsk region, and Ananskikh and Chirkov made the lists of “Fair Russia”. Ananskikh will lead the regional group, which includes Karelia, Leningrad and Murmansk region, Chirkov — a group that includes the Komi, the Arkhangelsk region, NAO, YANAO.

The leader “Fair Russia” Sergey Mironov “picks up the garbage from the liberal democratic party”, commented the Congress Zhirinovsky.

Not listed Margaret Surganovoy nominated this spring his candidacy for the post of the Commissioner for human rights in the self-nomination — this act not like the leader of the party.

The main slogan of the LDPR, Zhirinovsky’s words: “Enough to humiliate the Russians.” The main topics of the program of the liberal democratic party prepared for the elections of the state Duma, — the Russian question and foreign policy.

The party is opposed to the mounting on the Russian people such labels as laziness and drunkenness, as well as erosion of the Russian identity and the attempts of its substitution by an artificial stamp “Russians”, from the agitation of the document. In the Constitution it is proposed to replace the string “We, the multinational people of Russia” to “We, Russians and other peoples of Russia.”

Should region, country, and region to transform into a province, to revive the Imperial flag (black-yellow-white tricolor) and to replace the current national anthem “God save the Tsar!”, says in the program.

The liberal democratic party insists on a “tough foreign policy”: all South-Eastern regions of Ukraine should join Russia, Russian troops should be in Syria, you need to create unfavorable for Turkey the situation around, recognizing, in particular, the independence of Turkish Kurdistan, to keep Russian sanctions against importers for five years.

A separate Chapter of the programme devoted to tourism. The party, in particular, proposes a law under which the sale of permits will be allowed only in those southern countries who agree to pay for the upkeep of the Russian security at the airport, on transport, on which the Russians carry on the country, and in hotels.

The party is opposed to the mixed system, as a single-seat districts after the election flee to the ruling party, said the Congress Zhirinovsky.