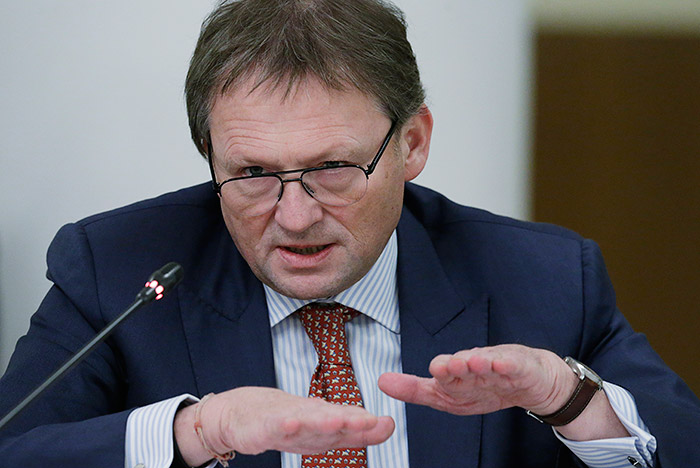 Moscow. June 29. Commissioner for entrepreneurs ‘ rights Boris Titov has asked Russian President Vladimir Putin to give additional time for suppliers and retailers so that they have time to bring their contracts into compliance with the new requirements of the law “On trade”. As writes on Wednesday “Kommersant”, a hasty adjustment of such contracts may result in interruptions in supply of products, violation of terms of payment and other business risks, according to the business Ombudsman. In turn, the Association of retail companies requested the speaker of the Federation Council Valentina Matviyenko to conduct a “thorough analysis of the economic consequences” of the bill.

According to “Kommersant”, the bill that the Federation Council can approve today, limits the aggregate amount of payments levied by retailers with suppliers, five percent of the price of purchased goods. It includes the cost of advertising, marketing, logistic and other services, as well as the so-called rebate (award for purchase volume).

Under current law, the premium for the amount of purchases could exceed ten percent, the rest of the calculations were not specifically spelled out. The bill also proposed to reduce the payment for any items before 8-30 days instead of the existing 10-45 depending on the duration of storage of products. Deputies gave market participants ten days after the official publication of the law) on the transition to the new rules and six months (till January, 2017) to bring existing contracts into compliance with updated legislation, says “Kommersant”.

However, the publication drew attention to the fact that such correction within a specified time may result in the violation of the delivery schedule, terms of payment on contracts and other risks, and for this reason the above deadlines to bring supply contracts and other contracts in accordance with the new regulation must be extended, argues in his appeal to President Titov. In his opinion, the transition period for the renegotiation of existing contracts should be extended at least until the first of July of 2017, adds the publication.