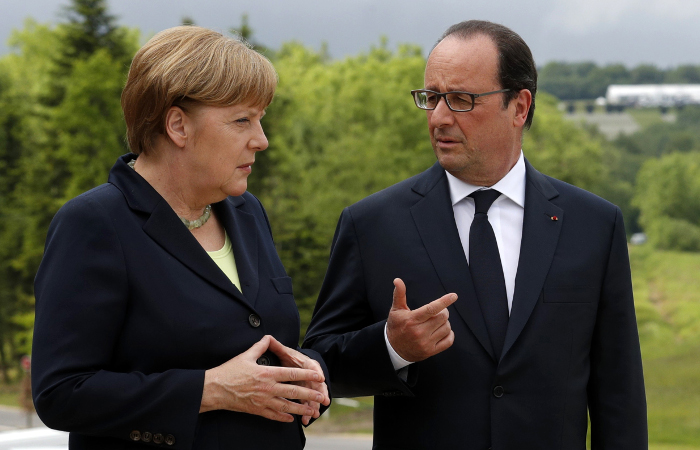 Moscow. June 29. German Chancellor Angela Merkel said that to be held in Brussels EU summit with French President Francois Hollande has informed on Tuesday of his colleagues in the European Council on the status of implementation of the Minsk agreements.

“And we clearly said that, unfortunately, based on the state of implementation of the agreements requires the extension of the sanctions. That is, there are no more obstacles for the renewal of sanctions,” said Merkel at a briefing in the night of Wednesday after the first day of the European Council.

Earlier Tuesday, the European diplomatic source reported that the two leaders confirmed at the summit the position of Germany and France” in support of anti-Russian sanctions. According to them, said the interlocutor of the Agency, the sanctions should be linked to implementation of the Minsk agreements and may be revised in accordance with possible progress, and depending on the deterioration of the situation.

The source also reiterated the statement of President of the European Council Donald Tusk that he intends during the October EU summit to devote a separate discussion of EU relations with Russia. “This is intended as a comprehensive strategic debate, far beyond just the subject of restrictive measures,” – said the source.

He also explained that the European Council was not involved in an already agreed at the level of permanent representatives of the EU procedural extension of sanctions. “This will be done at the level of the EU Council in the near future,” added the source.

At its meeting held on 21 June in Brussels the Committee of permanent representatives of EU member States (COREPER) agreed on the extension of economic restrictive measures against Russia by six months.

“The sanctions are extended for six months, their further consideration at the expiration will be associated with the implementation of the Minsk agreements”, – reported in the EU Council.

A European source explained that the sanctions are extended in connection with the actions of Russia to destabilize the situation in Ukraine to a new evaluation of the implementation of the Minsk agreements. It was suggested that the extension of 6 months, until 31 January 2017. Technically, this decision must be approved by the end of July.