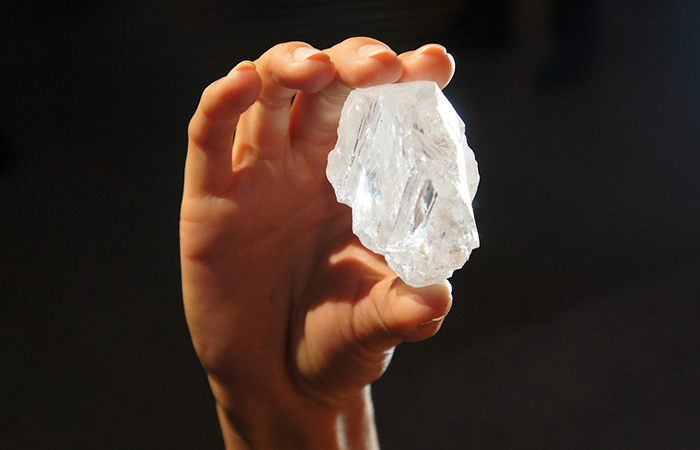 Gemstone weighs carats 1109. A diamond the size of a tennis ball was found in November 2015 at the Karowe mine in Botswana, owned by the canadian Lucara Diamond Corp. The name of the stone is translated from the language of the Tswana as “Our light”.

Estimated value of the diamond is 50 million pounds (more than $70 million).

However, at the auction, held in London on Wednesday, trading was stopped after the price failed to exceed $61 million, said the representative of Sotheby’s.

Lesedi la Rona is now the biggest diamond in the world. It is second only mined in 1905 in South Africa, the Cullinan diamond (“Cullinan”), which initially had a weight of over 3106 carats, but was split into many pieces.