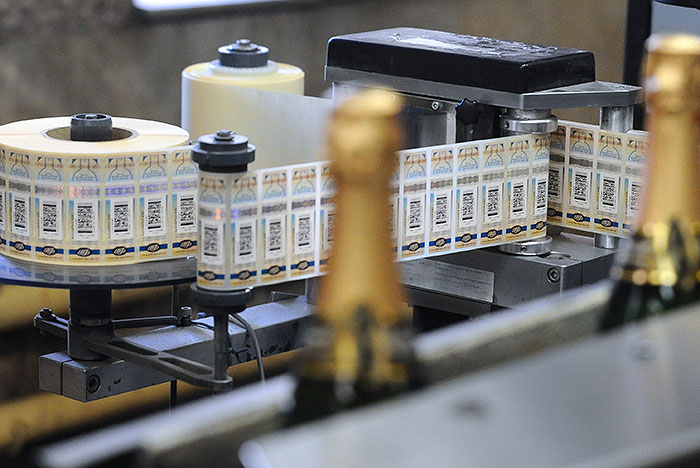 Moscow. July 5. JSC Goznak will become the sole contractor for the manufacture of excise stamps new model for alcoholic beverages and tobacco products, and, thus, to conduct a tender is not required.

As reported a source in the financial-economic bloc of the government, departments have prepared and agreed a draft order of the President of the Russian Federation.

The representative of the Ministry of economic development confirmed that the document was approved by the Ministry.

Situation with the issuance of stamps of the new sample was a concern among participants in the market: tender, design, ordering, production and delivery of excise stamps can take several months, it is fraught with supply disruptions, said last week, “Kommersant” the head of the Union of importers of alcoholic beverages (SIAP) Valery Filatov. The new stamps were issued from the first of July. SIAP offered to give the order to “Goznak” without competition because the company is virtually the only manufacturer of such products.

However, according to statements by officials, the problem with excise stamps should not affect the supply of alcoholic beverages.

“The problem with excise stamps really is, but it can be solved”, – said the press Secretary Deputy Prime Minister Alexander Khloponin Natalia Platonova. “Deputy Prime Minister has already instructed the Finance Ministry to provide all necessary procedures and take all necessary measures in order to solve the problem of tax stamps and to avoid disruptions in the supply of alcoholic beverages,” she said. Platonov explained that the problem with excise stamps occurred for technical reasons: the Federal state unitary enterprise, producing brand, was transformed into JSC.

The Federal customs service, which acts as the customer of manufacturing brands also do not expect supply disruptions of alcohol. “In our view, such an excessive risk, interruptions should not be”, – told reporters the Deputy head of FCS Ruslan Davydov.

Goznak is preparing the release of new excise stamps for alcohol and in the next two weeks will complete all related procedures, said on Thursday the representative of the Ministry of Finance. “Stamps will be released and issued to importers. All necessary measures have been taken. The market of alcoholic production will not suffer,” he said. Finally, on Friday he “Goznak”, said that waiting for the order of the FCS and contract, and then “immediately” will start the production of tax stamps of a new sample within seven working days will begin deliveries to customers.