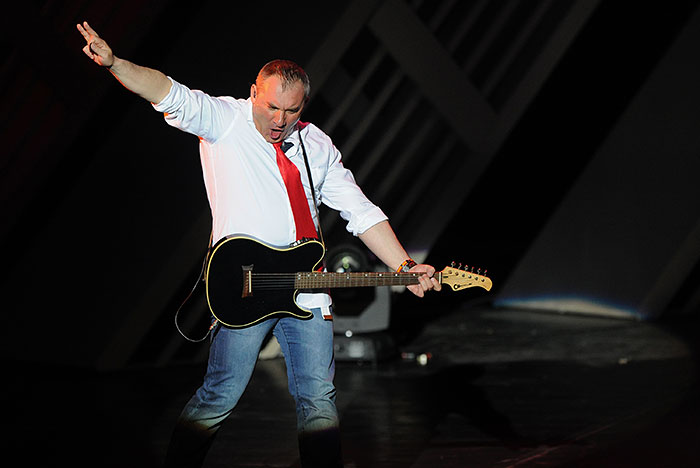 Moscow. July 8. The Moscow city court has cancelled the decision on collecting from the artist and co-owner of car company “Marussia motors Nikolay Fomenko and his business partner of more than 64.5 million rubles loan debt in favour of Bank “Petrokommerts” (currently, the Bank “OTKRITIE FC”).

As reported in the court on Friday, the decision was made due to the fact that the assignee Bank a Paul Gubkin, which the claimant gave the right to claim under the credit agreement, abandoned their claims.

The court granted the petition of Gunina on the termination of the proceedings, and the appeal of the representatives of the defendants to quash the district court.

As reported, the Tver court of Moscow on March 18 ruled that the Fomenko and his business partner jointly and severally 64 million 647 thousand and 60 thousand in fees.

According to the materials of the case, in 2011, the owner of the company Marussia Motors (the”Marussia motors”) artist Fomenko received from the Bank “Petrokommerts” the loan in the amount of almost 60 million rubles for the development of the sports car “Marusya”. Guarantor under the credit agreement were made by the owner of the company Anton Kolesnikov.

The plaintiff argued that the loan was not repaid in full, therefore, with interest, the Bank demanded to collect with Fomenko and Kolesnikov 65,5 million roubles.

In turn, representatives of Fomenko and Kolesnikov protested against the claim of the credit institution, which, according to them, besides incorrectly calculated the amount of the claim.

According to representatives of defendants, their principals, indeed, signed the loan agreement but did not sign any additional agreements or agreements on the termination of the credit agreement and partial forgiveness of loan debt, as the dates appearing on the documents were not in Russia. A handwriting examination does not provide a complete answer to the question whether the original signature of respondents, believe their representatives.

The Russian company Marussia Motors (Rus. Marussia motors, founded in 2007, has produced cars under the brand Marussia. Founded by the Russian actor, showman and a racing driver Fomenko together with the entrepreneur Efim Ostrovsky.

In April 2014, the company declared itself bankrupt, and all assets were sold.