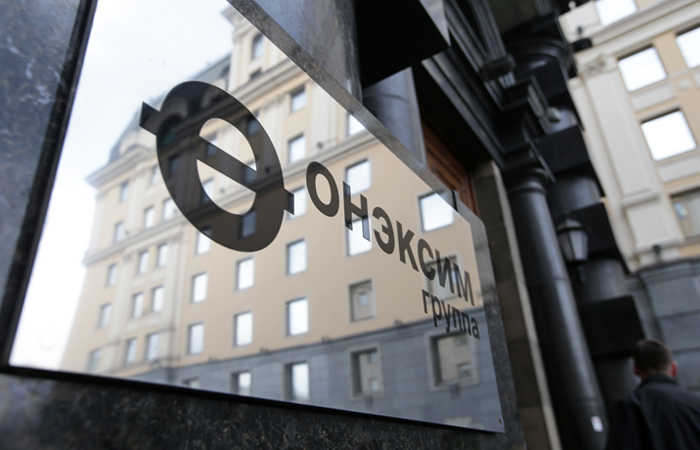 “ONEKSIM” did not specify a particular customer and a transaction amount.

A source familiar with the situation, reported that the package was redeemed by the structures of the Belarusian businessman, friendly Mazepin. The deal was financed by Sberbank, he said. According to him, the package was sold with “a significant premium” to the market price. The transaction involves both monetary and non-monetary component, he added.

Informed sources said that “ONEXIM” in talks with “Uralhim” about the sale of its 20% stake in Uralkali, and Sberbank is ready to Finance the deal. According to one of interlocutors of Agency, the sides also discussed purchase of a share of ONEXIM, close to the URALCHEM structures.

Bloomberg reported that Prokhorov is expected to receive for the package about four billion dollars – about the same amount, “Oneksima” at a cost of 20% of Uralkali in 2013. One of the options transactions, according to the Agency, involves the redemption of shares of ONEXIM by Uralkali.

ONEXIM and URALCHEM gained control of Uralkali in late 2013, buying shares from Suleiman Kerimov and partners. Then he ONEXIM bought 21,75% stake in the company, another of 5.34% bought the structures close to Prokhorov.

The amount of the transaction, ONEXIM did not disclose. However, we know that “URALCHEM” over 20% of shares of “Uralkali” paid $3.8 billion Thus, the “ONEXIM” could pay for a 27.1% share, about $5.1 billion Deal financed VTB secured by shares of Uralkali, said sources familiar with its terms. In this part she could be paid own funds “Oneksima” in early 2013, the holding company of Mikhail Prokhorov received $3.6 billion for a stake in Polyus Gold. According to “Kommersant”, the share of borrowed funds in the transaction amounted to 70%.

“ONEXIM” sign in “Uralkali”, based on the high dividends, but managed to get them only once – about $38 million for 2013 (based on the proportion at 27.1% of the share capital). Uralkali stopped paying dividends in 2014 after an accident at the mine “Solikamsk-2” and then moved on to the discrete dividend policy while the company had previously paid out to the shareholders not less than 50% of net profit under IFRS. About $660 million, ONEXIM has received, having sold 7% of shares of “Uralkali” of the company in 2015 in the course of the buyback.

With the end of 2013, the market capitalization of Uralkali fell by more than two times – now a 20 percent stake in the company worth $1.5 billion.