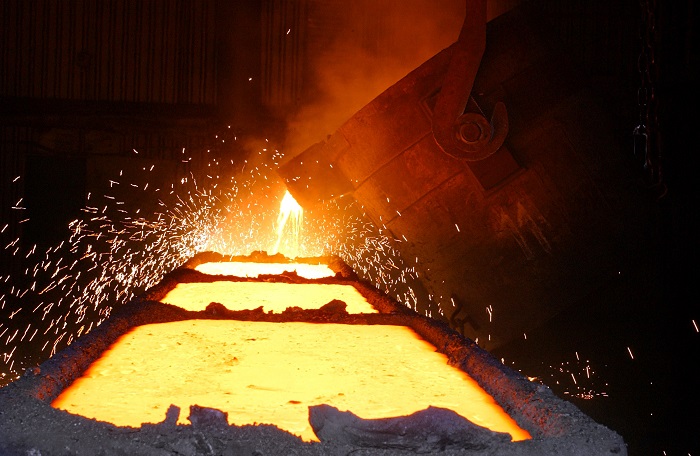 Moscow. July 21. The Russian company “Mechel” can regain control over the Donetsk electrometallurgical plant (DEMZ), if the company will resume its work and wage arrears to the employees will be repaid, said the Donetsk news Agency, acting Minister of industry and trade of the self-proclaimed Donetsk national Republic Alex Granovsky.

Earlier he said that DEMZ entered external administration. “If the owner will resume operation DEMZ on the territory of the Republic and will ensure 700 people work, I think, the Council of Ministers will take a positive decision on the return of the business to the owner,” he said.

According to him, the conditions for the return of the plant may include: payment of all public expenses which are left to run the company, the warranty, “Mechel” will employ the same team of 700 people, and ensure the stable operation of the enterprise.

Donetsk electrometallurgical plant, steel plant, built on the principle of mini-plant with an incomplete cycle. The plant, capacity of which amounted to more than a million tons of liquid steel per year, was shut down in late 2012.

On Thursday it became known that the JSC “Mechel” has received the order about introduction of temporary administration for the integral property complex of PRJSC “Donetsk electrometallurgical plant”. “According to preliminary estimates of the company, “Mechel” there is a risk of loss of control indefinitely over any future production and commercial activity Demsa,” – said in connection with this company.

According to the message of “Mechel”, Chairman of the Council of Ministers of the breakaway Donetsk national Republic Alexander Zakharchenko dated June 25, speaks of the creation on the basis of Demsa state enterprise “yuzovsky metallurgical plant” with transfer to it of property of plant. At the moment, “Mechel” holds the legal review and, if necessary, undertake measures to protect the rights and interests in accordance with the law.

The head of Minpromtorg Denis Manturov on Thursday evening told reporters that the Agency is ready to examine the situation with Dasom, but so far the information has not been received. Mechel to us with some of his alarming position is not addressed. If we turn, ready to discuss and think together, what to do,” he said.

In the group “Mechel” consolidated controlling stakes in the metallurgical, coal mining, energy companies and trading ports. According to recent reports, Igor Zyuzin and his family are the beneficiaries 55,04% of shares of “Mechel”.