Searches in the office of the head of the Federal customs service (FCS) Andrei Belyaninov held Tuesday afternoon, July 26. As reported TFR spokesman Vladimir Markin, the investigations were conducted in the framework of the criminal case about contraband of alcohol products (case Mikhalchenko). Law enforcement authorities also visited the offices of Deputy head of FCS Ruslan Davydov and Andrey Strukov.

Searches were conducted at the place of residence and work of the President of OOO “Insurance company “Arsenal” Sergei Lobanov, who, as said Markin, is the founder of no less than 15 different companies whose activities are closely linked to the FCS of Russia. During the searches the seized objects and documents relevant to a criminal investigation, it is noted in the message of the RCDS.

According to “Novaya Gazeta”, the searches conducted by the FSB operatives.

According to “Fontanka”, on Tuesday Belyaninov was also brought in for questioning.

At searches at Belianinov and Lobanova, law enforcement officials found boxes of money and old paintings, according to “Газета.Ru”. On one of the photos show 11 paintings that decorate the wall along the stairs leading to the second floor of the house. The others are depicted lying on the table stack of bills of different denominations and in different currencies, banknotes in boxes from under the Shoe, as well as the interiors of several rooms, in particular Cabinet and room. Who exactly found the money and in whose house are these rooms, the newspaper specifies.

According to TASS, investigators discovered a total of about RUB 10 million, $400 thousand and €300 thousand

For 2015 Belyaninov pointed income in the amount of 12.9 million rubles, his wife — 46.7 million RUB In Belyaninov stated apartment, plot and Lexus. Wife indicated in the Declaration of two plots of land, residential house, apartment and five non-residential premises.

The case is being investigated in the fall of 2015, according to h. 3 art 200.2 of the criminal code on the fact of illegal movement through customs border of the Customs Union of alcoholic beverages in the large size and non-payment of mandatory customs duties.

The defendants are the St. Petersburg businessman Dmitry Mikhalchenko, Deputy CEO of the holding company “Forum” Boris Chorevski, Deputy head, Central Logistik North-West Anatoly] and Director of the South-Oriental trading company” Ilya Pichko. According to investigators, Mikhalchenko and related persons imported alcohol under the guise of construction sealant. The damage caused by their activities amounted to 2 million rubles.

A source in the Investigative Committee notes that Mikhalchenko recently in fact confirmed the version of law enforcement bodies and admitted smuggling. The guilt the businessman did not recognize, according to the source : according to Mikhalchenko, he worked on similar schemes for a long time, so consider them legitimate. 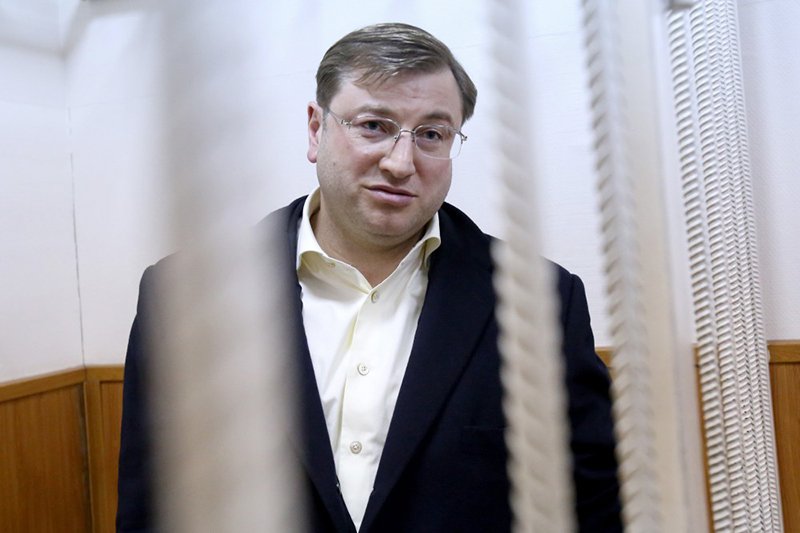 St. Petersburg businessman Dmitry Mikhalchenko, accused of smuggling alcohol during consideration of the petition of a consequence about arrest in Basmanny district court, March 2016

A case of smuggling, which is Mikhalchenko, is not the only such inquiry in a North-westerly direction. acquainted with the customs declarations of the company ULS Global, which appears in another criminal case about contraband. The company annually imported goods worth $2 billion, explains her former employee.

This activity could be involved in the high-ranking employees of the Federal customs service and the FSB. Among them, as stated in the materials of the criminal case, which is available , could be operative of the main Department for combating smuggling of the FCS of Russia Pavel Smolyarchuk and the chief 7-go management Department “To” (it deals with counter-intelligence security in credit-financial sector) of the economic security service of the FSB, Vadim Uvarov.

The investigation of criminal cases of smuggling involving Mikhalchenko and Uvarov, eventually led to a major reshuffle in the leadership of the FSB, explained the three interlocutor in the secret service.

According to the results of two internal audits, which are in the service of economic safety of FSB have carried out employees of management of own safety (USB) the Agency, in resignation was sent to the immediate supervisor Uvarov Viktor Voronin, head of the management. CSS also learned that Voronin familiar with Mikhalchenko. According to “Rosbalt”, the resignation also wrote heads of departments “P” and “T” (industry and transport respectively).

July 8, President Vladimir Putin has dismissed Yuri Yakovlev, head of the economic security service. His successor in this post was Sergei Korolev, who until recently led the Department of own safety of the FSB. CSS was engaged in two cases of smuggling. 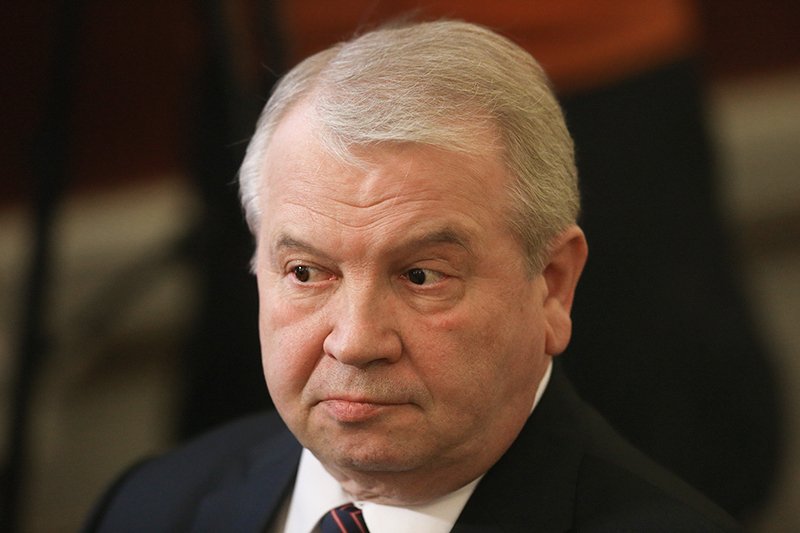 Sergei Korolev had previously worked in the economic security service of FSB in St.-Petersburg, then was an adviser to defense Minister Anatoly Serdyukov, and then received the appointment to the post of head of USB of the FSB.

The office of the Queen were engaged in other high-profile cases of recent times. It has responsibility was operational support in the case of former Governor of the Sakhalin region Alexander Khoroshavin, head of the Komi Republic Vyacheslav Gaizer, the mayor of Vladivostok Igor Pushkarev and ex-head of the main Directorate for economic security and combating corruption, Ministry of internal Affairs Denis Sugrobova.

The officers of CSS operational support and case Kirov region Governor Nikita Belykh, who is accused of receiving a bribe.

The FSB has long had claims to Belyaninovo, says a source close to the leadership of the security services. According to him, investigators of management of own safety of FSB have checked the head of the FCS in connection with the case, not only promised, but ULS Global.

In addition, customs was always in charge of the economic security service of FSB. After the change of leadership and middle level staff from the new bosses there is a need to restore order to the Federal customs service, the source says .

Communication Belyaninov with Mikhalchenko was obvious, says another source in the FSB. In early February, the head of the FCS sent a letter to the Governor of St. Petersburg Georgy Poltavchenko presidential envoy in the North-West Vladimir Bulavin. The officer offered to remain in the customs posts in separate terminals only cargo inspection, and the whole documentary check to pass two posts of the Bronka and Ust-Luga. From this it followed that the containers can still come to the selected port, but the documents should be sent to the Bronka, where there will be customs Declaration. Business in the Bronka was just Mikhalchenko.

Belyaninov at the beginning of the year have written to the President Vladimir Putin’s resignation, but the President would not let him go, said a senior Federal official. “He [Belyaninov] long asked for, but now to leave quietly will not work”, — said the source . In his opinion, the publication of photographs from the home of the head of the FCS non-random, however, the government information from the Kremlin’s dismissal Belyaninov has not yet received.

A source close to the FSB, also knows that Belyaninov at the beginning of 2016, was asked to resign. According to him, the head of the FCS doing it a few times in recent years, but every time Putin left.

Another Federal official said that the presidential administration and the government office waiting for signals from the head of the Kremlin administration Sergei Ivanov about the situation in the FCS. “The President is in the near future is likely to take a decision. After all we are talking about the Agency which provides over 30% of Federal budget revenues”, — he said.

Press Secretary of the President Dmitry Peskov said the Agency “RIA Novosti” that has no information about possible resignation Belianinov.