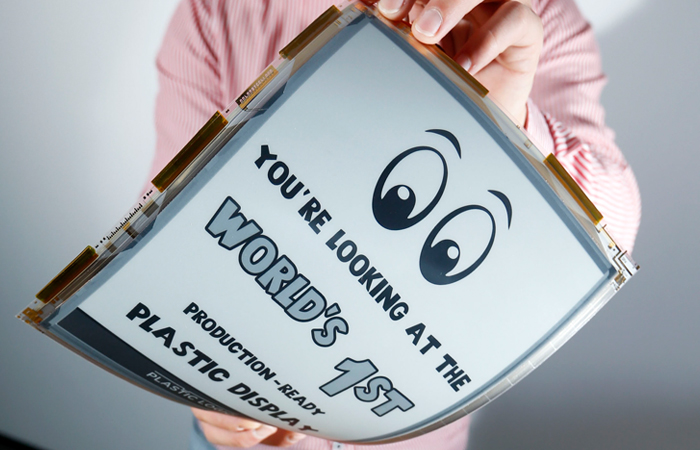 Moscow. July 22. The company Plastic Logic, one of the loudest and the most unsuccessful projects of “RUSNANO”, can get investor from China.

The British Plastic Logic developed the technology of organic thin-film transistors on flexible, plastic substrate, allowing to create non-silicon antifoaming displays. RUSNANO bought into this company at the end of 2010, investing on the basis of several rounds of approximately $240 million Upon entering into the project “Rosnano” had to withstand fierce competition with Chinese investors. “Preparing the project, we were in frontal competition with the Chinese, who offered a fantastic financial environment with the full support of the CPC Central Committee,” – said in an interview with the head of the state-owned company Anatoly Chubais. Widely known the project became after Chubais said at a meeting with Vladimir Putin, then who held the post of Prime Minister, plans to pilot the use of tablets on a plastic base in Russian schools.

It was assumed that after the launch of the device in the series it will be sold for about $600. However, after the release of the Apple iPad tablet at a price of $500 PlasticLogic has refused these plans. The agreement RUSNANO and Plastic Logic called for the construction of a plant in Zelenograd for the production of flexible displays with a capacity of 100 thousand displays per year and the creation in Russia of R&D center. To solve these problems was created by CJSC “Plastic logic”. However, the project was not implemented. In 2012-2013 RUSNANO formed reserves of 21.8 billion rubles for depreciation of investments, about 15% of this amount fell to Plastic Logic. In early 2014, Chubais said that “the chance to start the project is still”, and the company is looking for alternative ways of using the technology of Plastic Logic.

Earlier this week, “RUSNANO” reported that on July 26 the Board of Directors of the company will consider investment project “Organization of production of displays and other devices using technologies of plastic electronics, a new generation” (Plastic Logic), without revealing details. According to the source familiar with plans of the company, RUSNANO, wants to revive the project and is in talks on attracting a strategic investor.

To search for a potential investor RUSNANO has attracted KPMG, said the source. According to the analysis of one of the possible scenarios of development of the company has been named a joint venture with Youngy Investment Holding Chinese billionaire Lou Sanjana created the most famous car manufacturer of electric cars and batteries BYD.

According to another source close to the leadership of “Rosnano” considers the possibility of attraction in the capital of Chinese investors, discuss the investment amounts to $35 million Of which the investor in question, the source did not elaborate.

He explained that this decision was taken after studying the results of check of audit chamber. “It’s kind of the plan deficiencies. The search for an external investor who could Finance the project – the main objective to improve the efficiency of investments by JSC “RUSNANO”, the source added. He said that RUSNANO is also considering the sale of a company, but on what terms it may be, he did not elaborate.

Approval and signing of the preliminary terms of a transaction with potential investors are “RUSNANO” plans shortly after the approval of the strategy. Consideration and approval of the plan by the Board of Directors of the company on 26 July.

According to the first source, at present, the company prepared a restructuring plan of the corporate structure of the group of Plastic Logic and its intra-group liabilities, with the aim of increasing the investment attractiveness. The plan is to “capitalisation of existing intercompany debt and the establishment of a new company in a jurisdiction convenient for investors to prepare to the transaction and the transfer of the company’s key assets,” explains the source.

To complete the restructuring plan before the end of the first quarter of 2017.

In “Rosnano” have confirmed plans of the Corporation. “At the moment our main efforts are aimed at implementing plans for restructuring the corporate structure of the group of Plastic Logic with the purpose of involvement in the project strategic investors”, – said the press service of the Corporation. As noted in the “RUSNANO” negotiations are underway with a number of technology partners and potential investors in the Asian region (including China) and the EU.

“Rosnano” became the authorized capital of Plastic Logic at the end of 2010, buying of 33.75% of the shares. Plastic Logic received the first tranche of funding in the amount of $280 million, of which $150 million “Rosnano” invested in its capital. Another $50 million this project invested venture Fund Oak Investment. In addition, RUSNANO agreed to provide the British company guarantee of borrowing by $100 million In October 2011, RUSNANO has increased its share in the equity of Plastic Logic to 43,84%.

Attracting investment in Plastic Logic was planning to send to the organization of mass production of non-silicon antifoaming displays.