The resignation of Mikhail Zurabov from the post of Ambassador of Russia in Ukraine on Thursday afternoon, reported the press service of the Kremlin. About the plans of Russian President Vladimir Putin to change the Ambassador on Thursday morning also announced two close to the Kremlin source .

The new Ambassador of Russia in Ukraine can be appointed Mikhail Babich, now occupying the post of presidential envoy in the Volga Federal district, said two sources close to the Kremlin. Babich — the native of power structures, he served in the airborne troops and the KGB, led the Corporation “Antei”, a short time was assistant chief of the border service of the FSB. From 2003 to 2011 — Deputy of the state Duma. In the last five years — the presidential envoy in the Volga Federal district. It is in this district is part of Kirov oblast. Babich declined to comment, citing the employment. 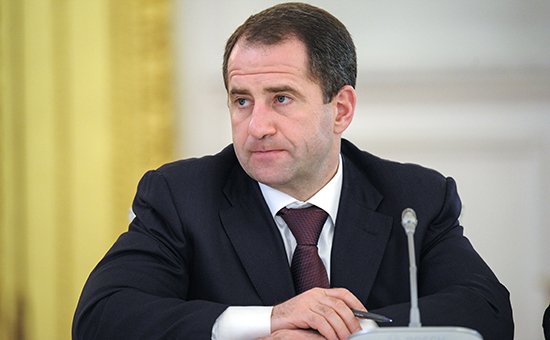 Mikhail Zurabov worked as the Ambassador in Ukraine since 2009. He was succeeded by Viktor Chernomyrdin. During the work Zurabov in 2010, agreement was reached on extending the black sea fleet, there were negotiations on Ukraine’s accession to the Eurasian economic Union, but in 2013 began in Kiev, Euromaidan, after which Russia annexed the Crimea and the Eastern Ukraine conflict broke out.

Claims to work Zurabov presented not only public figures, and policy. His work did not contribute to prevent the growth of anti-Russian sentiments and independence in the neighboring country, reported, “RIA Novosti” in 2015, the contents of the letter of the deputies of the Communist party Valery Rashkin and Sergei Obukhov, the Minister for foreign Affairs of Russia Sergey Lavrov. “This topic, probably not for public discussion,” he said. “Ambassador Zurabov can report back and be accountable, and the Ministry of foreign Affairs and the State Duma”, — said Lavrov.

Local media and experts said the proximity Zurabov with Petro Poroshenko, who became Ukraine’s President in 2014.

The resignation Zurabov has occurred on the background of large-scale personnel changes. Thursday was dismissed by the Plenipotentiary of the President in the Siberian (Nikolai Rogozhkin), North Caucasus (Sergey Malikov) and North-West Vladimir Bulavin) districts. Two district — Crimean and South were United into one. Bulavin became the head of the FCS Andrei Belyaninov is that now is a witness in a smuggling case. In addition, Putin dismissed the Russian Ambassador to Ukraine Mikhail Zurabov.