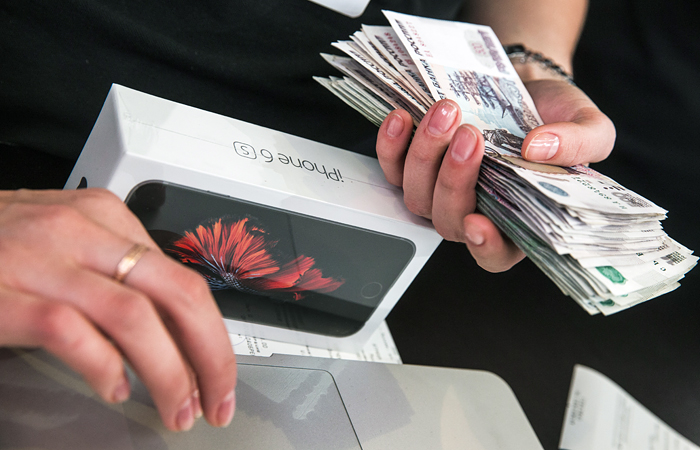 Moscow. July 29. The Federal Antimonopoly service of Russia (FAS) does not exclude that Apple played a coordinating role in the establishment of uniform prices for the Apple smartphones in the networks of Russian retailers.

The case against sellers of iPhone price collusion is at the stage of excitation, but “it’s very close,” he told reporters on Friday the Deputy head of FAS Andrey tsarikovskiy.

“First there will be an antitrust investigation, and if they (retailers) are found guilty, then the administrative. I can say only tentatively that if, in our opinion, came out of an agreement between subjects of the Russian Federation, now the first part goes stewardship Apple,” he said.

The Federal Antimonopoly service in February of this year began checking major digital retailers due to allegations of collusion in the pricing of the iPhone 6S and iPhone 6S Plus. We are talking about 16 retailers, including Euroset, Svyaznoy, “M. Video”, “Eldorado”, “Technosila”, re:Store, Beeline (owned by OJSC VimpelCom), MegaFon, Mobile TeleSystems (MTS), “Mobilend” (a network of “Know-How”), Ozon.ru. In addition, the Agency checked the official Apple store in Russia Apple Store.

For the treatment of a private individual, the service has analyzed the prices of these smartphones and came to the conclusion that retailers the cost of the devices of the sixth generation after the start of sales either did not differ or were varied in the range to 9 rubles, or varied only within a couple of days in the period of holding of shares. In particular, the cost of “younger” model iPhone 6S 16 Gb memory volume stood at 56.99 thousand rubles, the “older” model iPhone 6S Plus 128 Gb – 83,99 thousand rubles.

In the investigation the FAS also featured Apple press release, 28 September 2015, which lists the same prices, which operated from retailers. These facts, according to the FAS indicate that the parties in setting prices did not act independently.

“Where would you go to buy an iPhone, the price you see is the same, we believe it is absolutely wrong,” said Tsarikovsky.