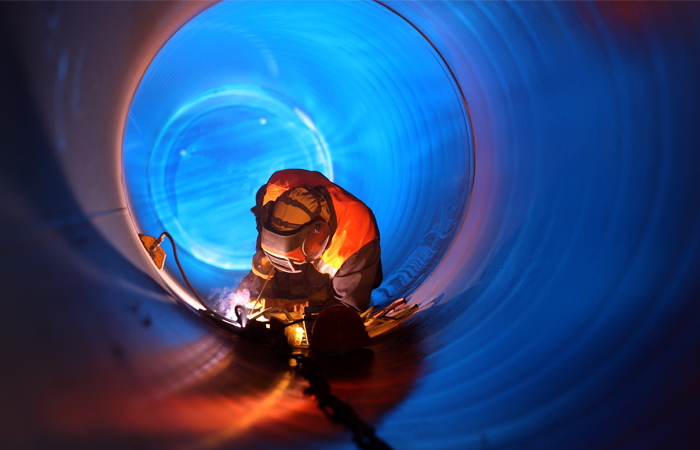 Moscow. August 3. “Gazprom” has submitted the claim to Federal Antimonopoly service with a demand to cancel the service regulations to eliminate restrictions in the terms of auction for the purchase of large diameter pipes (LDP) on 12 billion rubles. As writes on Wednesday “Kommersant”, in the arbitration proceedings provided that the claim of “Gazprom” filed in the Moscow arbitration court on July 21, a preliminary hearing is scheduled for August 31.

14 Jul competition authority has demanded from “Gazprom” to eliminate irregularities in the procurement documentation. FAS decided that the procurement participants presented a number of redundant requirements, primarily the need to confirm the potential suppliers for the dealership and distributorship status. The service is considered “blurry” and a number of other requirements to suppliers.

At the same time, the publication, citing market participants noted that the suppliers had called the requirement “Gazprom” for assurances of supply of conventional business practice. In addition, they noted that previously, the Federal Antimonopoly service criticized the work of monopoly with pipe traders, and now, in fact, supports their inclusion in the auctions.

We are talking about the controversial tender for the purchase of 213 thousand tons of pipes for gas pipeline “Power of Siberia”, which was supposed to sum no later than the fifth of August, and the submission of the applications was scheduled until July 27. Thus, as writes “Kommersant”, the pipe producers were hoping that the dispute between Gazprom and the FAS will not lead to disruption of supply.

However, the court stated that “Gazprom” was trying to achieve interim measures, but the court refused them. However, the FAS said yesterday that the action requirements “automatically suspended” at the time of trial.