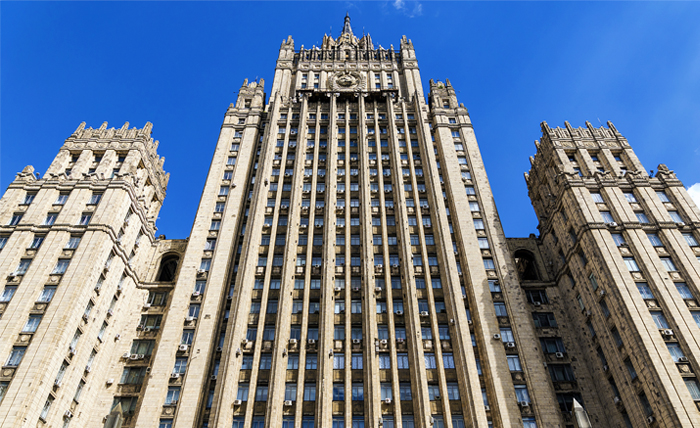 Moscow. August 3. Called politically motivated, the Russian foreign Ministry the decision of the Polish Antimonopoly regulator UOKiK, issued an objection to the application on the formation of the consortium Nord stream 2″.

“With regard to the decision of the Polish regulator, then, of course, it is politically motivated and is designed for external consumption. It’s not a decision that is dictated by economic justification, and they understand this perfectly,” he said Wednesday in an interview with the Director of the European cooperation Department of Russian foreign Ministry Andrey Kelin.

As reported, the Polish Antimonopoly regulator UOKiK has issued a “Statement of objections” about the formation of the consortium Nord stream 2″. The application was received by project partners on July 19.

As provided by law, the interested parties can present their point of view in relation to the decision within 14 days from the date of issuance of the decision. They may also request an additional two weeks to prepare their review, which was later made.

In response, the joint statement of the consortium members stated that the applicants are preparing a joint response to this statement. The decision of the Polish Antimonopoly regulator can not be made until after the statutory period for responding to “Statement of objections”.

“The Polish regulator noted that this decision does not prejudge the outcome of the proceedings. This is a much more complicated business, which will involve many factors,” – said Kaelin.

“The decision we expect, should be pragmatic and economic. So, I hope that when the European Commission really fit for what’s to comprehend what decision should be taken, its position will be weighed, and not dictated by political factors,” – said a senior Russian diplomat.

Consent of the Antimonopoly regulator of Germany to the redemption of the foreign partners has already been received. At first, the Polish regulator UOKiK has decided to consider the application until the end of may. Then the decision of Poland to establish a joint venture Nord Steam 2 postponed: the local regulator had to give an answer to the fourth of June.