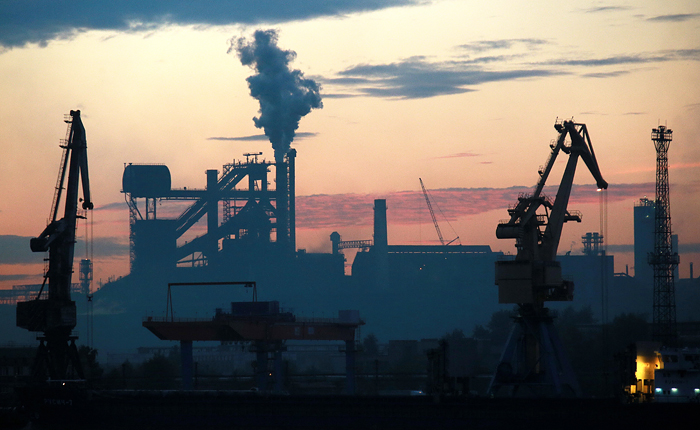 In addition, we introduce duties on imports of cold-rolled steel from China. Duties depending on the company ranged from 19.7 percent to 22.1%.

Duties on Russian and Chinese hire are imposed for five years and will be applied retrospectively from mid-December 2015.

MMK stated that the supply of steel products to the EU are carried out by the company at market prices and in strict accordance with international standards. MMK plans to use all legal means to challenge the decision on introduction of duties”, – said the representative of the group. The spokesman added that the domestic market remains key for the company.

NLMK said that the European Commission conducted a biased investigation with numerous violations. “Provided by the company during inspections detailed information was completely ignored and replaced by information about products of other companies and trumped-up calculations. As a consequence, on the basis of insights about the company imputed a non-existent dumping,” – said the representative of the company.

The spokesman added that all violations of the company repeatedly officially informed the European authorities, including the European Commissioner for human rights, but these appeals remain unanswered. “We will continue to defend its interests by all legitimate means. In particular, we plan to challenge duties imposed in the EU court and the WTO”, – said the company.

A company representative said that a group of business reasons, is interested only in fair competition in the market of steel products to the EU, where similar products in greater volume produced by its European businesses. “In this sense to suspect the company of dumping so as absurd how obvious his absence,” added the company.

Severstal also said that the company disagrees with the decision of the European Commission. “We are trading in full compliance with international rules and will prove his innocence, using all available legal instruments,” – said the representative of the company.

As reported, the European Union at the beginning of the year introduced a preliminary anti-dumping duties on cold-rolled steel from Russia. In may, the fees were revised upwards. In particular, the duty on the products of “Severstal” was increased from 25.4% to 34.1%, NLMK steel, from 26.2% to 36.1% for the other companies, from 26.2% to 36.1%. While the Commission has reduced the fee for CMI from 19.8% to 18.7%.

After raising preliminary duties NLMK and “Severstal” declared violations during the investigation and have filed a complaint to the European Commission.

NLMK stated that the investigation was conducted with “flagrant violation of all possible norms and standards”. “NLMK provided information was completely ignored and replaced with false data and incorrect calculations,” – said the representative of the company.

Severstal reported that the application of article 18 of the Basic regulations of the EU antidumping (“cooperation”), which allowed the EU Commission to calculate the prohibitive pre-tax, is a direct violation of WTO law”. In steelmakers stressed that during the investigation, “we actively cooperated with the European Commission, as “an objective and unbiased investigation of the company’s data showed the absence of dumping.”

In June of this year, the European Union also began an antidumping investigation against hot-rolled steel from Russia, Brazil, Iran, Serbia and Ukraine. The investigation, which will cover the period from 1 July 2015 to 30 June 2016 and will last 15 months. Temporary measures may be adopted not later than nine months after the start of the investigation.