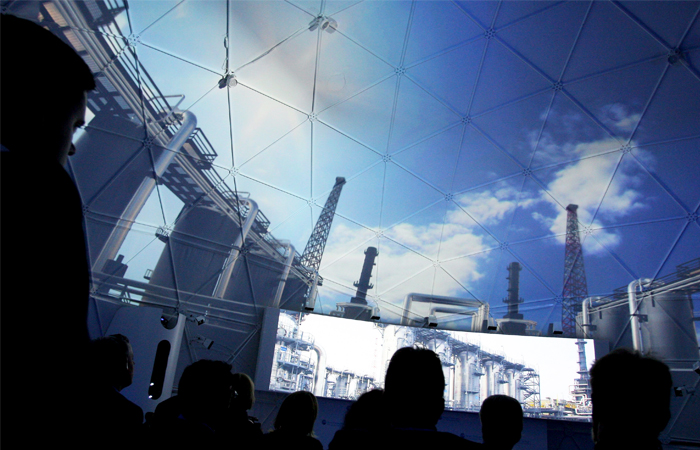 Moscow. 9 Aug. Ukrtransgaz, the operator of the gas transportation system (GTS) Ukraine announces the failure of “Gazprom” contract of the pressures at the entrance to the Ukrainian GTS.

“According to information of the Central dispatch Department of “Ukrtransgaz”, as of 10:00 on Tuesday, the Russian side has not taken the necessary actions to comply with contractual pressures on border gas metering stations”, – stated in the message of the Ukrainian company on Tuesday.

The Russian side have not raised the gas pressure to an appropriate level, explained in the press service of “Ukrtransgaz”.

The company noted that on the eve of “Gazprom” sent “Ukrtransgaz” request for increase in volumes of transportation of natural gas to European consumers by 20% to 275 million cubic meters per day, arguing it is the repairing system of gas pipelines “Northern stream”.

In turn, the operator of Ukraine’s GTS has confirmed the execution of such application within contractual obligations.

At the same time, the company reminds that the plans of preventive work on the transcontinental gas pipeline that transports gas to Europe, including through the “Nord stream”, was approved in December 2015, countries-importers of Russian gas.

The company declares its readiness to provide increased application of “Gazprom” on transportation of natural gas to Europe after a stop for repairs of the gas pipeline “Nord stream” under condition of observance by the Russian side of contract obligations, in particular in terms of ensuring the maximum permissible pressures at the border gas measuring stations located on the territory of the Russian Federation.

The gas pipeline “Nord stream with capacity of 55 billion cubic meters of gas a year, running under the Baltic sea to Germany, on Tuesday at 7:00 Moscow time completely stopped for scheduled maintenance, which will last until August 17, according to data of the German transmission system operators.

“Routine maintenance works will require a temporary shutdown of both lines. Full capacity of the pipeline system will be available by 19 August 2016, will be completed when additional planned our upstream partner in the Russian section,” previously commented on Nord Stream AG.

To compensate for the temporary disposal of the “Northern stream” Gazprom has increased its transit through Ukraine. According to the data of Slovak gas operator eustream, the application for transit of Russian gas on Tuesday jumped to 180.1 million cubic meters with 145,8 million cubic meters of nominations on Monday.

Given the current configuration of export flows of Russian gas in August can be exported to foreign countries 13.8 billion cubic meters of gas (approximately at the level of August 2015), according to calculations.