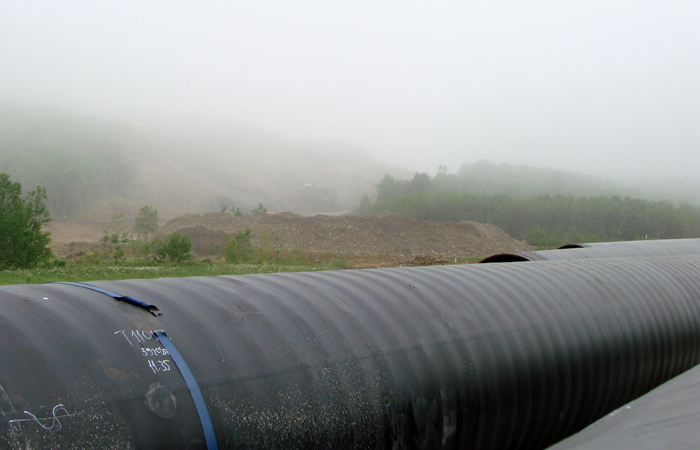 Moscow. August 12. Partners for the project “Nord stream 2, Gazprom, Engie, OMV, Shell and Wintershall Uniper – decided to do without the consent of Poland to establish a joint venture.

However, according to their joint statement, the project will implement all the same is registered in Switzerland, the project company Nord Stream AG 2 (now 100% controlled by Gazprom), and “each of the applicants will search for opportunities of contribution to the project.”

On Friday, the partners filed a joint response to a “statement of objections” of the Polish Antimonopoly authority UOKiK regarding the planned creation of a joint venture.

“Following this, the applicants decided together to withdraw the notice of merger have been filed in the Polish Antimonopoly authority”, – said in a release.

“The decision of the petitioners about withdrawal of a notice does not affect the continuation of the company Nord Stream AG 2 previously planned construction of the Nord stream gas pipeline 2, including the project schedule”, – reads the statement of the partners.

“The decision applies only to purchases from “Gazprom” shares of the existing project company Western partners. Future partners will continue their close cooperation and common efforts aimed at strengthening energy security of gas supplies to Europe”, – stated in the press release itself, the project company Nord Stream AG, 2.

In 2015, Gazprom, BASF, E. ON, Shell, and OMV signed the shareholders agreement on creation of gas pipeline Nord stream – 2 with a capacity of 55 billion cubic meters of gas per year from Russia to Germany under the Baltic sea. The project is implemented by the project company Nord Stream AG, 2. After the closing of acquisitions by foreign shareholders of shares in Nord Stream AG 2 share in the project will be distributed as follows: Gazprom – 50%, BASF, ENGIE, OMV, Shell, Uniper, a 100% subsidiary of E. ON) – 10%.

Consent of the Antimonopoly regulator of Germany to the redemption of the foreign partners has already been received. At first, the Polish regulator UOKiK has decided to consider the application until the end of may. Then the decision of Poland to establish a joint venture Nord Steam 2 deferred: local controller had to answer Jun.

22 July it became known that the regulator UOKiK has issued an objection to the application on the formation of the consortium Nord stream 2″,