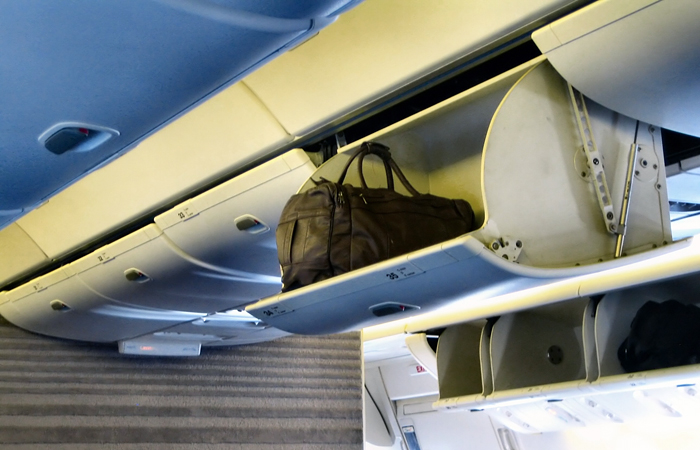 Moscow. August 11. The Moscow arbitration court in late July upheld the order of the Federal service for supervision of transport (Rostransnadzor) on February 29, 2016, regarding the baggage allowance on flights LLC “Airline “Victory” (enters into group “Aeroflot”).

As seen from the case, the audit Department of LLC “Airline “Victory” found that the company violates the order of Ministry of transport “On approval of Federal aviation rules “General rules of air transportation of passengers, baggage, cargo and requirements to service of passengers, consignors, consignees”, and the provisions of the Air code of the Russian Federation.

In this regard, the company was granted an injunction to eliminate violations.

According to authorities, the airline has violated the provisions of the FAP on the norm of free baggage allowance in the cabin liner.

Rostransnadzor found that the airline collected from passengers extra for baggage in the cabin of the backpack. The “Victory” refers to rules of transportation of personal effects and baggage in the aircraft cabin, where it is stated that the free carriage in the cabin is subject only to a purse or briefcase. The backpack in these rules is specified as carry-on baggage, subject to pay carriage.

The essence of the solution

The court came to the conclusion that the norms of free baggage allowance, including items the passenger may not be less than 10 kg per passenger. In the same regulation provides that the baggage carried in the passenger cabin must not weigh more than 10 kg. Total weight of hand Luggage of the citizen with the backpack was 9 kg.

The court found that the passenger to be carried in the cabin had only a backpack, handbags when it was not. However, she paid 2 thousand for Luggage over the established norm.

The reason for the test was an appeal to the office of the Deputy Secretary of the Public chamber (OP) Sergei Ordzhonikidze. Before the OP received complaints from its member Dmitry Chugunov, Deputy Chairman of the education Committee of the state Duma Alena’s Arshinova and private individuals. So, Iron in the fall of 2013 he refused to pay an additional three piece of hand Luggage weighing up to 10 kg and was removed from the flight.

The rules of “Victory” allowed to carry things up to 10 kg, but any such bag, backpack or carry-on Luggage company requires to be checked, otherwise, for each place on Board have to pay from 999 rubles to 2 thousand rubles (25-35 euros for international flights).

Rostransnadzor found that these rules “do not meet the requirements of the air legislation and worsen the level of service for passengers”.

Currently, the airline “Victory” is challenged in court by several requirements of rostransnadzora. So, in the court are claims of “Victory” concerning the prescriptions of the Agency about providing passengers with hot meals, setting the cameras on Board the aircraft, and the joint children.