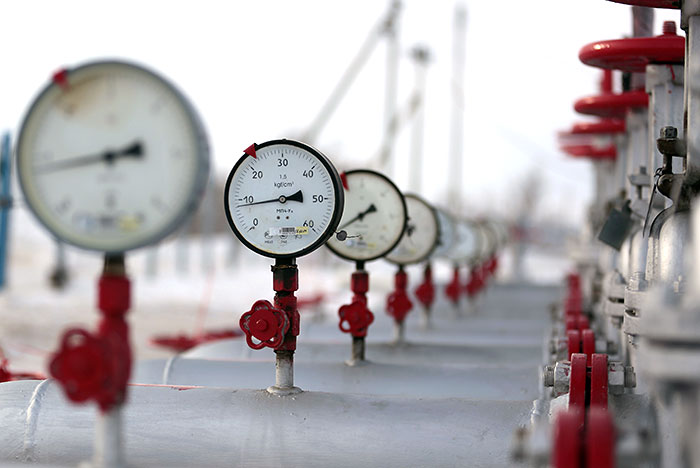 Moscow. August 22. “Gazprom” has once again violated its contractual obligations under the transit contract to ensure the minimum allowable gas pressure at the entrance to the Ukrainian gas transportation system (GTS), said “Naftogaz of Ukraine” on Monday evening.

“The last significant pressure drop occurred today at a gas metering station (GMS) Sudzha. The pressure of the Russian gas transportation system at this key entry point was 53.5 (ATM) the minimum acceptable value of 60,0 (ATM),” – said the Ukrainian company.

Naftogaz suggested that Gazprom is unable to maintain a stable system pressure at the required level due to the poor state of the Russian gas transportation infrastructure. Analysis of the situation is complicated by the lack of explanations of the Russian side regarding the failure to comply with the requirements of the contract, puts the Ukrainian company.

“Ukraine is ready to continue in good faith to fulfill its obligations on gas transit to the EU on the conditions specified in the current contract. All actions necessary to ensure stable transit of gas next winter, fulfilled by the Ukrainian side in accordance with the schedule and fully funded,” – emphasizes the “Naftogaz”.

As reported, “Naftogaz of Ukraine” on 10 August this year, have announced that reported cases to reduce the gas pressure from the Russian side of the border below the contract level.

“By reducing the pressure at the entry points “Gazprom” significantly complicates the implementation of their own applications for the transportation of gas to Europe”, – said then in a press release NAC.

In “Naftogaz” noted that in such circumstances, the Ukrainian operator of GTS have to adjust their efforts and incur additional costs in order to balance the transit.

Even earlier, in 2014, “Gazprom-Export” terminated the contract with “Ukrtransgaz” on the daily balancing of gas transit.