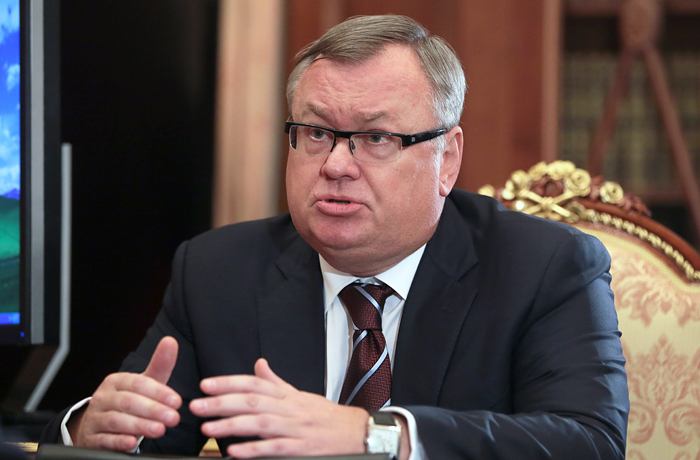 Moscow. August 25. The head of VTB Andrey Kostin pointed out the futility of the efforts of those who in the investigation of the so-called “Panama records” allegedly tries to find the secret riches of the President of Russia.

“You’ll never catch Putin on this. He has no cars, no money,” said Kostin in an interview with British newspaper the Financial Times, the text of which was provided by the press service of VTB.

“He (Vladimir Putin) have committed themselves to a modest life on the rest of the days, because the whole world knows it. People who are trying to find accounts of Putin, I can spend in search of the rest of my life, but they never find anything,” said Costin.

Answering questions concerning the work of his Bank, Kostin said that VTB will never allow personal or political relationship prevailed over the business. “Sometimes we make the wrong business decisions… sometimes we lend too much money. It’s a business. We take on some risk. But if someone accuse me that I’m doing something wrong, let me show you the papers!” – said the head of VTB.

Financial Times draws attention to the fact that, as Kostin previously was in the diplomatic service, he has reason to closely monitor the election campaign in the United States.

Kostin selects a photo in which he is pictured with Hillary Clinton when she was Secretary of state,” writes the correspondent of the newspaper.

“If you have it (the picture) will release, it may affect the chances of the (Clinton) to be President. They are always trying to find Russian trace”, – said Kostin.

“Unfortunately, I don’t have that same photo with Mr. trump,” – jokingly said the banker.