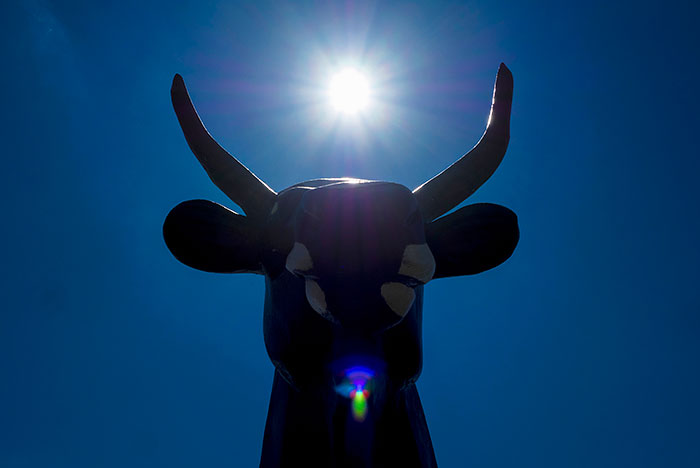 Moscow. 26 Aug. Dairy Union of Russia considers inefficient the current practice of subsidizing producers of milk, which is based only on production volumes and does not consider its quality parameters, stated by the head of the Union Lyudmila Manicka.

“Support (the dairy industry) is unidirectional, it is aimed in the direction of the milk producers. (. . .) According to the Dairy Union of Russia, today grants one kilogram of marketable milk is supereffective measure of support since then, as has been neutralized and the fat and protein,” said Manicka on Friday in Barnaul, speaking at the scientific-practical conference “the Dairy industry as a basis for ensuring food security and import substitution”.

According to her, to subsidize milk production in the first half of 2016, the Federal government has spent 2 billion rubles, the regions – an additional 4.9 billion. Of the 83 regions (Sevastopol and Moscow, where not subsidized by the production of milk) 61 region paid less than 1 ruble per 1 kg of marketable milk, 21 region – less than 75 cents. Together with the support of dairy cattle producers in January-June, according to Manicki received 17 billion rubles of support.

“The total amount is huge, and exhaust – no. And those 17 billion rubles – almost a quarter of possible investment lost 1 million tons of milk”, – continued the head of the Union.

Manicka noted that in the dairy industry there are two main problems: the first funds are spent on ineffective measures of state support, the second is the presence of administrative barriers “which directly aggravate the situation, such as with decree of the government, when the waste of the dairy industry equated to the I-II categories of danger”.

“The government plans dairy intervention, I do not understand until the end of the feasibility (intervention), (their) economic effect. But the money it will cost plenty,” added Manicka.

As reported, the state purchasing interventions in the milk market will be held in respect of milk powder and butter. Earlier, the agriculture Ministry stated that the procurement will be conducted in nine regions. Their volume was estimated at 3 billion rubles.

August 19, the Director of the Department of regulation of agricultural markets Ministry of agriculture of the Russian Federation Vladimir Volik told reporters that the dairy intervention, which the Agency planned to hold this year are likely to take place in 2017.

According to him, the transfer is associated with the need to amend the legislation. “We had a mixed understanding of the interpretation of the law on development of agriculture in terms of participation in the intervention processors, foremost manufacturers of milk powder,” he said. We decided not to risk and to change the law by making appropriate amendments”.