The Zamoskvoretsky court of Moscow on Tuesday will begin consideration of loud criminal case of the former Director of the Federal penitentiary service Alexander Reimer. According to investigators, he caused damage to the budget of 2.7 billion rubles, organize the production of electronic bracelets for prisoners in the wrong company.

With him will appear in court his former Deputy, Nikolai Krivolapov, and Victor Opredeleno, head of FSUE “Center for information technology services and communication of the Federal penitentiary service”, received orders for equipment manufacturing.

Reimer and the rest of the defendants are accused of committing fraud in especially large size (part 4 of article 159 of the criminal code). The damage caused by his action the prosecution is estimated at 2.7 billion rubles. to it threatens till ten years of imprisonment.

Another defendant is the head of the company “Meta”, which dealt directly with the Assembly means of tracking, Nikolay Martynov, already sentenced to three years and eight months in prison. He was the only accused who pleaded guilty and made a deal with the investigation.

The General-the Colonel Raymer was arrested in March 2015. From 2009 to 2012 he was Director of the Federal penitentiary service, was in charge of the main Department of internal Affairs across the Samara region. 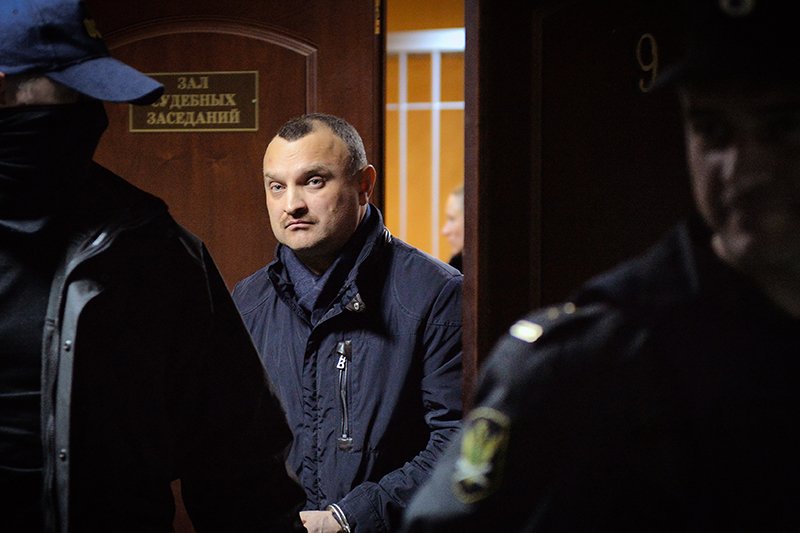 managed to get acquainted with criminal case materials. As follows from the indictment, from 2010 to 2012 Reimer in violation of the law organized the purchase of electronic tracking systems for persons involved in cases under house arrest.

Under the law the development and delivery of any goods for the needs of the penal system could deal only with state-owned enterprises. But Reimer, as follows from materials made of any exceptions to the government’s decree No. 89 (from 1 February 2000), adding to the list of companies of the company, developing and producing electronic bracelets.

After that, he ordered the renaming one of the FSUE “Trading house Vyatka”, “Center for information technology services and communication” (TSITOS), and its leader was Opredeleno. With this company the Director of the Federal penitentiary service and then instructed to enter into a contract for the supply of electronic bracelets without competition, it follows from the indictment. 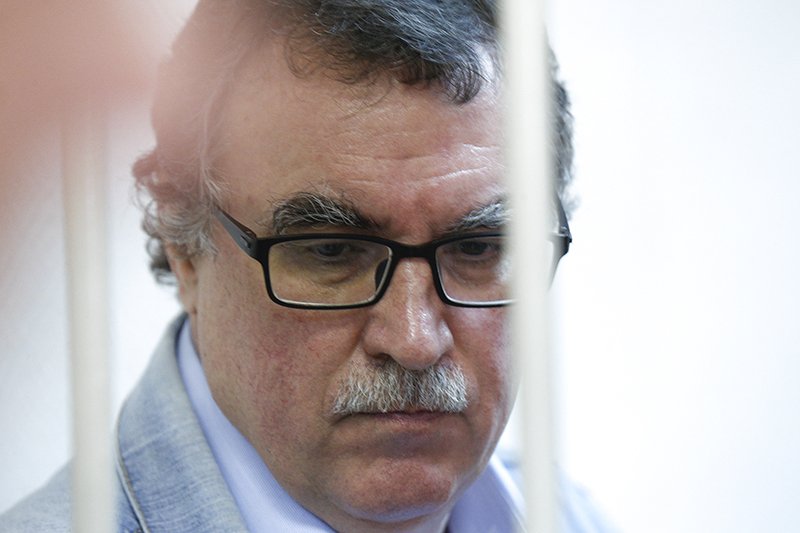 The real manufacturer of the equipment involved in the company OOO “Meta”, which according to the documents passed as Samara branch CITOS, according to the materials of the case. According to the prosecution, the firm did not have sufficient experience in this field.

The head of the main centre engineering-technical support Vitaly Nakonechny said in his testimony in the case) that the FSIN for two years (2008-2010) carried out testing of electronic bracelets, in which took part more than 25 firms.

But about company “Meta” Nakonechny learned only in April 2010, during the technical seminar, which was held in the Pskov legal Institute. At the seminar, three companies with best practices, the company “Information systems and technologies”, JSC “SITRONICS” and “Corporation it” demonstrated its equipment.

During a break, the Deputy Director of the Federal penitentiary service Krivolapov unexpectedly failed to Nakonechny representatives of the company “Meta”. And then he personally called Reimer and told him to give all the designs and documents for the production of electronic bracelets is the company “Meta”. Despite the fact that its representatives did not participate in tests or demonstrations of equipment or in the discussions.

The consequence considers that “Meta” was neither qualified personnel nor the necessary production facilities. In particular, the packaging of electronic bracelets was engaged in the prisoners, it follows from the case materials.

The product was delivered to service at inflated prices, insists the prosecution. According to the materials of the case, the price of the set frequencies ranged from 108 thousand to 128 thousand rubles. But these prices, note the investigators, determined the managers of the penitentiary without conducting marketing research. Evaluation of the experts of JSC Concern Sistemprom, the real cost of electronic bracelets was not to exceed 43 thousand rubles, follows from materials of the case.

According to the indictment, all on account of CITOS were transferred to 2.7 billion rubles., of which already on account Samara branch (“Meta”) received 1.5 billion rubles. According to the estimates of investigators, at least half of this money (more than 731 million rubles) were transferred to controlled by the company and cashed. Some of them — 140 million rbl. — the Director of the company “Meta” Nikolai Martynov handed over personally by Reimer in his office on corn street in the capital, it follows from the indictment.

Obtaining this amount, a result qualified as a major fraud (not a bribe) — Reimer came up and turned swindle with plunder of budgetary funds in the implementation of electronic bracelets, said the prosecution.

Neither Reimer nor the other two defendants do not admit guilt. As explained by Opredelenia lawyer Vladimir Zherebenkov, the investigation bases its position on the valuation of production, but does not account for the cost of the technology.

Defendants have created a means of tracking on the basis of the Russian satellite navigation system GLONASS, a rival company proposes to use the American system GPS tracking. According to counsel, he intends to prove in court the innocence of his client. The same position is taken and the other defendants in the case.

One of the main versions immediately after the resignation of Reimer, the newspaper “Vedomosti” put forward political motives. Citing a source close to the security services, the publication pointed out that “Reimer was appointed to his post at the [President] Dmitry Medvedev and now changed to more close to Putin man.” Change of the head of the Federal penitentiary service occurred a few months after the inauguration of the President. Another reason for the resignation could be a failed reform of the penal system, which proposed to abandon the colonies-settlements and build a new modern prison with a stricter regime.

“Reimer was a good proposals for reform of the Federal penitentiary service, for example, he introduced the segregation of prisoners according to the severity of crimes. It is unfortunate that now it all boils down to nothing,” — said the head of the Committee for the prevention of torture Igor Kalyapin. But he doubts that the prosecution of the former chief jailer has political motives.