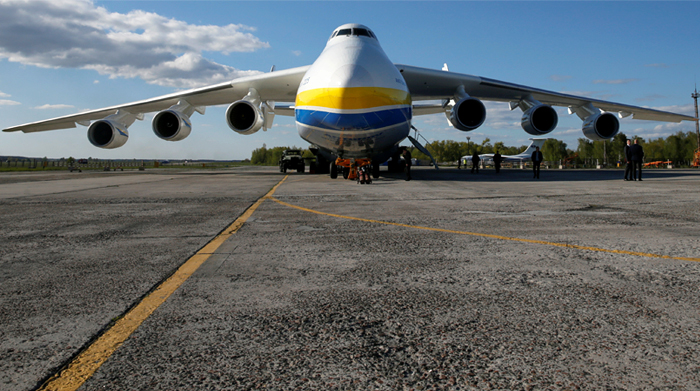 Moscow. August 31. State enterprise “Antonov” (Kiev) and China Aerospace Industry Corporation of China (AICC) signed a cooperation agreement on the program of the An-225, said on Wednesday the press service of the GP.

“The parties expressed their intentions in long-term cooperation, which stipulates in the first stage, building a second updated copy of the aircraft An-225 “Mriya” “Antonov” and its delivery of the company’s AICC and the creation of the second phase of the joint serial production of An-225 in China under license of “Antonov”, – said the Agency “Interfax” the message a press-services.

Both stages will be implemented under the terms of individual contracts.

According to the report, the agreement signed on 30 August in Beijing.

Heavy transport An-225 Mriya with a payload of 250 tons generated in 1988 for transporting with the manufacturers and spare airfields orbital spaceship “Buran” as well as missile units of “Energy” at the cosmodrome “Baikonur”. In addition, the aircraft planned for use as a flying launch platform for space launches. The program for the construction of the aircraft was terminated in connection with the collapse of the Soviet Union.

In the spring of 2001, the aircraft was restored in the same year obtained the type certificate and commencement of commercial operation of the aircraft with the company “Antonov Airlines”. The construction of the second copy of the An-225 “Mriya” started in 1987, in which a build was executed Assembly of airframe components, in particular, assembled the fuselage and wing. Interest in the completion of the second copy of the An-225 “Mriya” at different stages have been voiced, in particular, the Western partners of Ukraine in the aviation industry. However, the practical implementation of these plans had not.