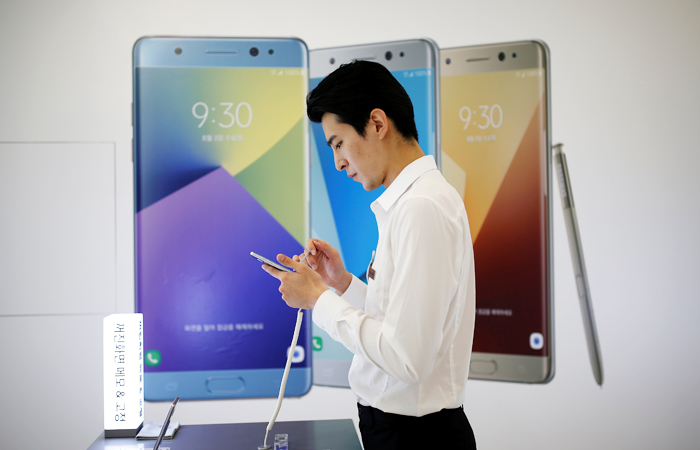 Moscow. 2 Sep. South Korean company Samsung is suspending sales of the smartphone Galaxy Note 7, in connection with the allegations of the ignition devices when charging, the Associated Press reports.

The President of the mobile division of Corporation Dong Jin Ko said Friday that customers who have already purchased a Galaxy Note 7, can exchange them for new smartphones.

Samsung said that can confirm the 35 case of fire Galaxy Note 7. The reason, according to preliminary data, malfunction of the batteries.

Sales of new products launched just two weeks ago. According to the company, already has sold more than million units.

Earlier Friday, South Korean news Agency “Yonhap” quoted the source at Samsung, who said that the problem of the battery could be set to 0.1% of all sold devices. He also said that a simple change of the battery that is operating correctly solves all difficulties, but the company is ready to take the most serious steps for the safety of consumers.

The South Korean company is the world market leader for smartphones. According to IDC data at the end of the second quarter, the share of Samsung in the global market amounted to 22.4%, its main competitor – American Apple Inc. 11.8 per cent.