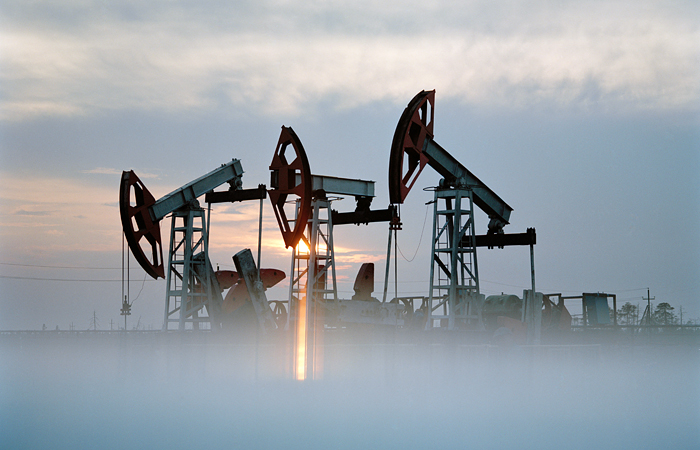 Moscow. September 5. Russia and Saudi Arabia signed a joint statement to stabilise the oil market, gave the reporter from the signing ceremony.

The statement was signed on the sidelines of the summit, Russian energy Minister Alexander Novak and Minister of energy, industry and mineral resources Saudi Arabia Khalid al-falih.

Statement of Russia and Saudi Arabia on cooperation in the efforts to stabilize oil market – this is a historic moment in the relations between OPEC countries and countries outside the cartel, said the Minister of energy of Russia Alexander Novak.

“Russia and Saudi Arabia are the largest oil producers and the countries with the largest and strongest impact on the industry. Our coordination will be critical to ensure stability in the market,” he said.

“In fact, we are opening today a new era of our cooperation, our energy cooperation is moving towards a more deep and close cooperation and strategic partnership. This was made possible through a trust relationship with our Arab friends,” said Novak.

Russia and Saudi Arabia in October will hold the first meeting of the working group on cooperation in the field of oil and gas, said in a joint statement countries.

The effect of freezing oil

Balancing the oil market was delayed, and the freezing of oil could materially advance the stabilization of prices, said Novak. According to the Russian Minister, the freeze will have a positive impact on the situation on the oil market.

“We believe that the balancing of the market today is quite long, more than 2 years (she is), and of course joint actions, discussed in the beginning of the year, including freezing, they could more significantly to bring the date of the respective balancing markets,” – said the Russian Minister.

“It’s a big job, and it has been discussed since the beginning of the year, and Russia has always treated this quite positively. We are ready, if such decision is, to join (freeze production),” he said.

Monitoring of the oil market

Russia and Saudi Arabia agreed to develop recommendations on joint measures and joint actions to ensure stability and predictability of the oil market, said in a joint statement.

“The Ministers agreed to act jointly or in cooperation with other oil producers. In addition, the Ministers agreed to continue consultations on the situation in the oil market and create a joint monitoring working group, which will monitor the fundamentals of the oil market and to develop recommendations on measures and joint actions to ensure stability and predictability of the market”, – said in a statement.

The Ministers noted the presence of the countries-providers of long-term challenges in the global oil market, which, in particular, are a significant reduction in worldwide capital spending in the oil sector, particularly in exploration, as well as mass cancellation and postponement to a later date of investment projects. This, as noted, in General, has already led to more volatile and therefore fragile situation in the oil market in the long term, both for producers and for consumers.

The development of technology

The statement also noted that Russia and Saudi Arabia will not only be to develop joint recommendations for the stabilization of the oil market, but also to develop cooperation in the field of production technology and equipment.

In addition, the Ministers agreed to consider establishing with the support of the sovereign wealth funds of the two countries, the joint data Bank of promising technologies in the energy sector and the implementation of their implementation and use.

About the capabilities of Iran

Iran should be able to reach the pre-sanctions level of oil production, said Russian Minister of energy Alexander Novak at the meeting with the Minister of energy, industry and mineral resources Saudi Arabia Khalid al-falih, the correspondent.

As reported, Iran is within two to three months can increase oil production to 4 million barrels per day (b/d) from the current 3.8 million b/d.

Restoration of volumes of extraction and oil export, and the share of the oil market to the level observed prior to the imposition of international sanctions, is the key condition for Iran in all of the discussions in OPEC.