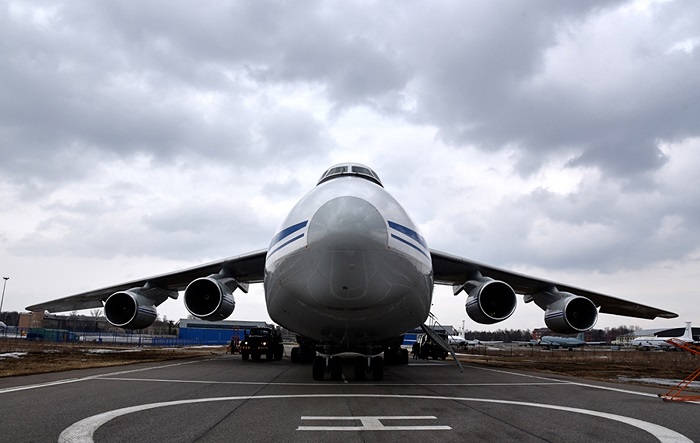 Moscow. September 9. Functions for the maintenance of airworthiness of cargo aircraft An-124-100 “Ruslan”, which operated in Russia, can be transferred to the Russian enterprises, said the representative of the Ministry of industry and trade on Friday. The holder of the type certificate of these aircraft is the Ukrainian state enterprise “Antonov”.

“Despite the claims of the SE “Antonov” about the maintenance of the type certificate of practical work in this direction, the Russian operators have been suspended. In this regard, we are forced to look for a solution to this problem”, – said the representative office.

In early August 2016, the newspaper “Kommersant” reported that the Russian authorities are considering the possibility of transfer of the services of “Ruslan” the Russian “Aviation complex. Ilyushin”, but no “Antonov”, nor in the Ministry of industry and trade this information was not confirmed.

Soon on the website “Antonov” there is a message in which it warned that it would ask the international aviation organizations about the removal of responsibility for the safety of flights of An-124-100 “Ruslan” in case the aeronautical authorities of the Russian Federation illegally will decide on their withdrawal from supervision of the developer. On Wednesday this was confirmed by the President of “Antonov” Alexander Kotsyuba.

In September 2015 the government of Ukraine Antonov came from the Ukrainian-Russian joint venture “UAC-Antonov”. The Ministry of economy of Ukraine then explained that further participation in the JV is impractical due to the suspension of work on a number of joint projects. In January, 2016 enterprises that were part of the group, was transferred to the management of “Ukroboronprom”.

The main operators of the aircraft “Ruslan” Russian GK “Volga-Dnepr”, which uses them for cargo Charter and the Russian air force (aircraft used in the Park 224 flight detachment).