The correspondent watched as the morning worked in Moscow, observers from the OSCE Office for democratic institutions and human rights of the Organization for security and cooperation in Europe (OSCE / ODIHR), the OSCE parliamentary Assembly (OSCE PA) and the CIS Interparliamentary Assembly.

Only the CEC accredited to observe the elections of the state Duma 774 foreign observers from nine intergovernmental organizations, and foreign embassies.

Observers of the Interparliamentary Assembly of the Commonwealth of independent States (CIS) began work in Moscow with a visit to plot No. 142 situated in the Central youth Palace in Miusskaya square. Deputies of the Kyrgyz Parliament Almazbek Baatyrbekov and Nurbek satavaldiev arrived before the beginning of the plot to see how the sealed ballot box (the site was equipped Cohiba), and to see the first voter.

Congratulating the first voter who voted, observers shifted to plot No. 147, located in the Lyceum in Staropimenovskiy lane. To get to the high school was difficult: it was necessary to ring the bell at the gate, but to get to the site, it was necessary to pass the metal detector, and a cordon of four police officers to check the documents and the accreditation of observers and a correspondent .

“For the voter, the vote should be a holiday, the voter should be comfortable on the site, and here, enhanced security measures, it is unclear why, in the first section, this was not” — complained satavaldiev and promised to point it out in the final report. He also noticed that unlike Kyrgyzstan in Russia in the beginning of the plot is not singing the anthem.

Those present at the site of the observer from the Communist party and voters in conversation with the correspondent has assumed that the area will vote someone from the government-protected entities. However, the Chairman of the Commission Tatiana Molchanova rejected this assumption. “According to instructions, the area always is guarded. The individual officer must ensure that COHIBA was not disconnected from the power supply”, — explained the Chairman.

On the same site had observers of the OSCE / ODIHR and the OSCE PA. They, unlike the representatives of the CIS, was provided with special forms, which were marks seen. “In our questionnaire a series of questions about how elections were organized. Have questions about the opening, during the voting, the counting of the votes. As you can see, everything here is absolutely perfect, transparent,” — said the permanent under Secretary of the OSCE PA, the Spaniard Gustavo Pallares.

In the next section, the Museum of musical culture named after Glinka, before the arrival of the OSCE observers was not crowded. The vote was organized on the second floor. Arrived there, the special coordinator of observers of the OSCE Ilkka Kanerva, praised the work of the site. “Fantastic place for the holding of elections, not more. Everything looks great, the system looks and works as a team”, — said the Kanerva. He and Pallares liked that the area was the classical music. “It’s something special that adds value to the experience of voting,” — said Kanerva. “Music is very relaxing, I would do this (music) is mandatory,” he agreed, Pallares. 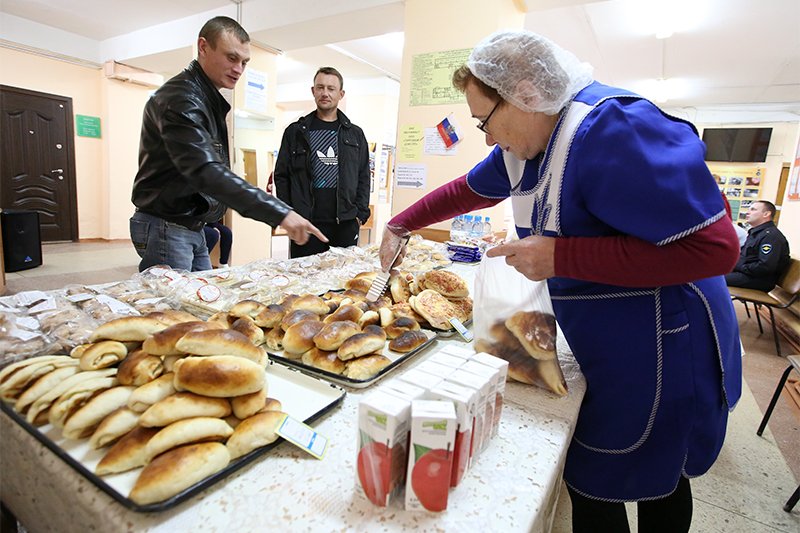 An observer of the OSCE Marietta Tidei noted that foreign observers represent their country and act in accordance with established standards, and not guided by party affiliation. “We have seen the novelty of these elections — electronic voting. We saw the President, which explains how to vote and how to do the newsletter” — listed it interesting moments of the day.

International observers working throughout the country. OSCE observers Christine Mueller, working on the territory of the Altai territory, in an interview with TASS said that she was amazed by the tradition of the bake sale at the polls.

Of the total assessments of the elections by foreign observers abstain prior to publication of preliminary reports on Monday.