Who: UN special envoy and the League of Arab States Kofi Annan has proposed a plan to resolve the crisis in Syria;

The truce plan: consisted of six points — a ceasefire, the parties to the conflict decision, taking into account the interests and aspirations of the people, ensuring access to humanitarian area, the release of previously detained for participating in protests, the freedom of movement for journalists, respect the authorities of freedom of Assembly and right to demonstrate peacefully.

How did: formally, the truce began on 10 April, but in several areas the fighting continued. 25 may 2012 in the village of al-Houla near HOMS, were killed about a hundred local residents, more than 300 were injured. The UN Commission has blamed on government forces. The government denied the charges and accused terrorists. 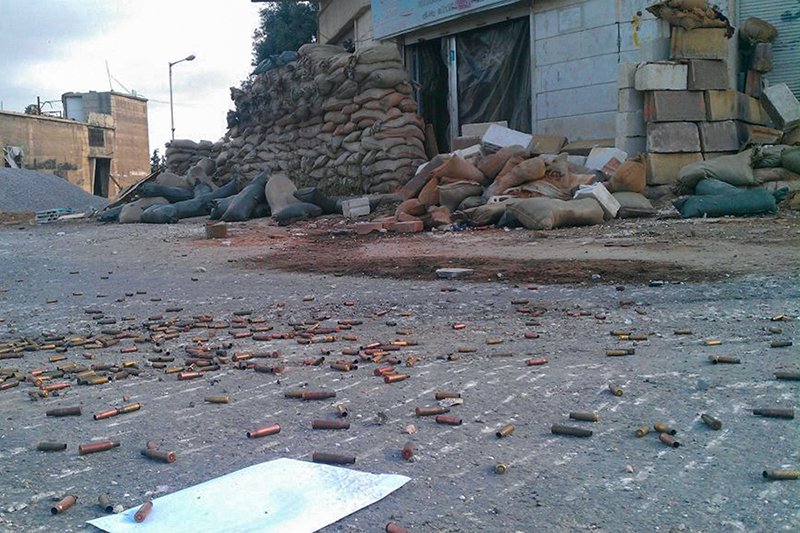 Barricades in the center of the village al-Hula, June 2012

The position of the United States: may 31, 2012, state Department spokesman mark Toner said that all members of the UN security Council should decide how to force Assad to implement the clauses of the truce plan.

The position of Russia: June 1, 2012 the official representative of Russian foreign Ministry Alexander Lukashevich said that what happened in Houla was the result of “financial assistance and supplies of smuggled modern weapons to rebels, recruitment of foreign mercenaries and flirting with various extremists.”

The end of the truce: June 5, 2012 the opposition Syrian free army (FSA) announced its withdrawal from the truce.

Who: the presidents of Russia and USA Vladimir Putin and Barack Obama issued a joint statement on ceasefire from February 27, 2016.

The plan of a truce: the truce does not apply to the terrorist organization “Islamic state” and “Dzhebhat EN-Nusra” (banned in Russia) and other groups recognized by the UN security Council as terrorist.

As passed: international coalition forces have conducted several operations. The Russian military managed to recapture the militants Palmyra, in which case the ruined city concert.

The actions of the international coalition ISIS responded with terrorist attacks, and on June 4 launched an offensive on Aleppo. 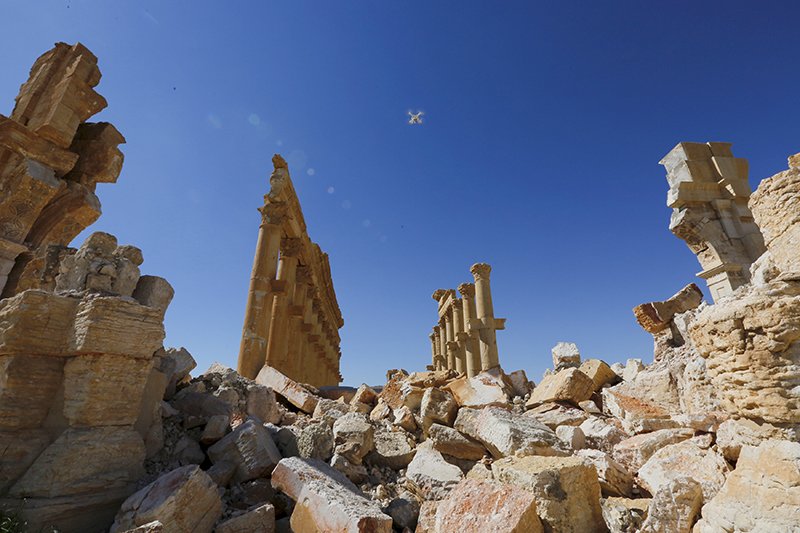 Position USA: 17 August 2016 at a closed meeting of the UN security Council by US Ambassador Samantha Power said that a further attack by government forces on Aleppo must be halted, as it eliminates the possibility of the resumption of peace negotiations with Damascus “moderate Syrian opposition”. This view was shared by the Deputy permanent representative of France to the UN Alexis Lamek, saying that the situation in Aleppo “can bury the peace process.

The position of Russia: foreign Minister Sergei Lavrov said: “I don’t want to question the interest of our partners that they want to solve all these issues, but it could have been done much earlier if solemn promises to divorce “healthy” opposition from the terrorists, made during a meeting of the SSG in February this year had been implemented. Unfortunately, now our partners are in fact married, what to do, they can’t.”

Who: foreign Minister of Russia Sergey Lavrov and Secretary of state John Kerry adopted a package of Russian-American agreements of five papers on the reconciliation of the parties and reduce the level of violence in Syria. The content of the documents is not disclosed.

As were: leadership 21 groups in Syria refused to comply with the silence regime. According to the Russian side, for two days the truce was violated more than 60 times. 19 September, Syria announced its withdrawal from the ceasefire. On the same day was fired at a convoy of the red cross with humanitarian aid. The United States and Saudi Arabia blamed the Syrian government. 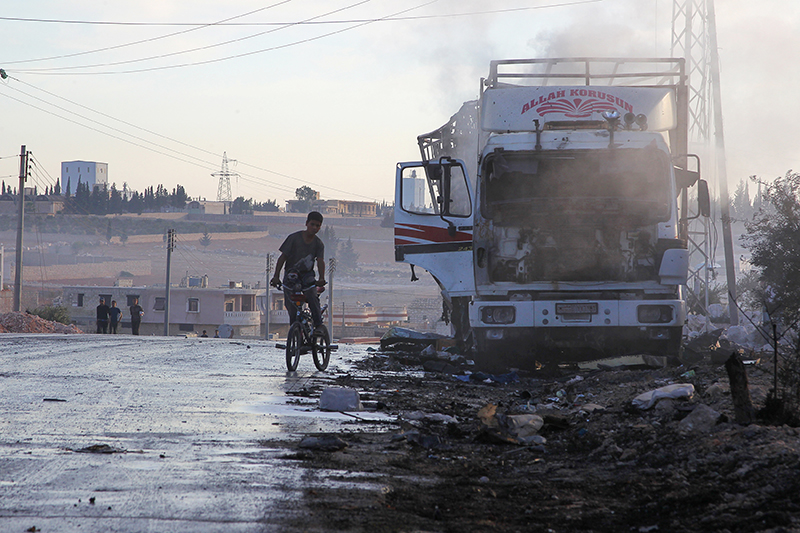 Damaged truck with humanitarian aid after the airstrike, 20 Sep 2016

The position of the United States: state Department spokesman John Kirby said that the United States is outraged by the shelling of the convoy. “The destination of this convoy was known to the Syrian regime and the Russian Federation. Despite this, humanitarian workers have been killed trying to provide aid to the Syrian citizens,” he said. “Given the flagrant violation of the truce, we will conduct a reassessment of the prospects of cooperation with Russia”? — added Kirby. U.S. Secretary of state John Kerry has accused the Syrian government army bombed “indiscriminately”, including humanitarian convoys. The Guardian, citing a statement by a senior U.S. official announced that Washington considers responsible for what happened in the first place Russia.

The United States is outraged by reports that a humanitarian aid convoy was bombed near #Aleppo today. pic.twitter.com/yCurP3rwUV

The position of Russia: the Russian defense Ministry has made an official statement on the observance of the ceasefire: “you have No contacts with representatives of any “moderate opposition” concerning the ceasefire is still there. All our appeals to the American side to provide us with contacts “moderate opposition” or to influence them, lead to nothing. On the contrary, the number of attacks of positions of Syrian troops and settlements from fighters increases.”

Later the official representative of Russian defense Ministry major General Igor Konashenkov said it was not involved the Russian and the Syrian army to the attack on the humanitarian convoy. “Moreover, due to the fact that the route of the convoy was passing through territory controlled by the militants, the Russian Centre for reconciliation of the warring parties in Syria yesterday, was carried out with the support of unmanned vehicles”, — he said.