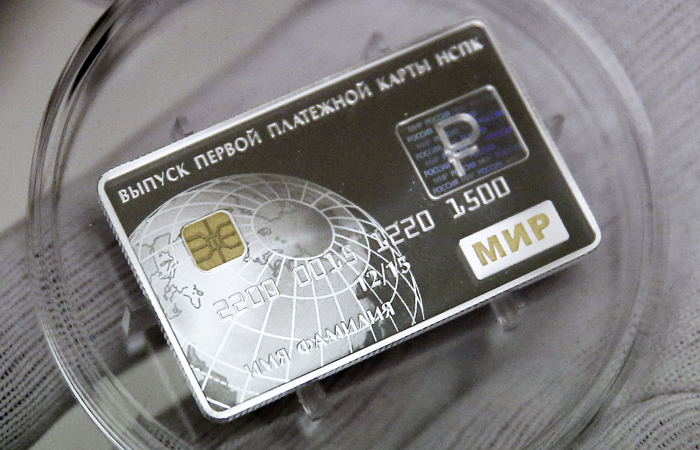 Moscow. September 20. Sberbank of Russia has completed the integration with the payment system “World” and started to service the relevant cards in ATMs and service network, according to a press release from the Bank.

Sberbank will start mass issuance of cards in its branches in October, specified in the message.

“The number of pos terminals accepting card “the World” in trade and service companies, is currently more than 80 million and is increasing every day,” said the Director of the office of merchant acquiring Sberbank Svetlana Kirsanova, words which are contained in the press release. She also said that Sberbank has started the replication of the necessary software on their devices self-service to enable card acceptance “Peace.” One hundred percent receive these cards in the infrastructure of the Bank will be available in early 2017.

As reported earlier, VTB Bank has provided acquiring services card “the World” in July. VTB 24 in the summer, provided the reception of such card in almost all ATMs, and by the end of the third quarter of 2016 it was planned to collect cards in the 80% served by the Bank outlets.

By the end of 2016, the operator maps the “World” of the national payment system (NBTS) is going to release 16 million cards. On July 1, cards were issued 172 thousand.

NBTS was established by the Russian authorities in 2014 after a number of Russian banks fell under the American sanctions, and international payment systems Visa and MasterCard, subject to the requirements of the USA stopped serving cards issued by these banks. NBTS announced the beginning of issue of its first card “the World” December 15, 2015.