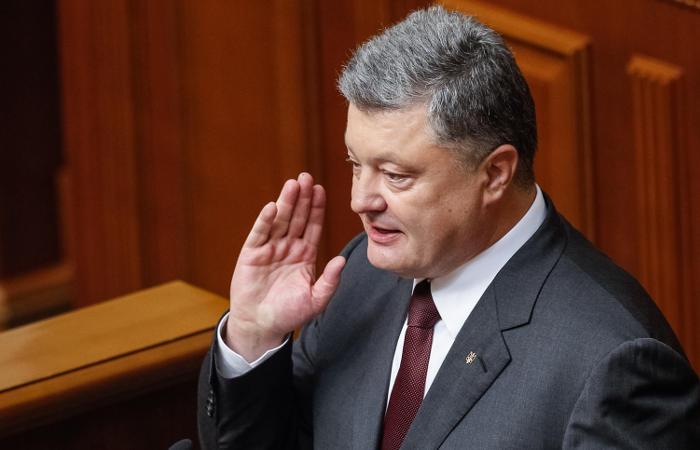 Moscow. 30 Oct. Electronic Declaration of assets and income for 2015 of the President of Ukraine Petro Poroshenko completed and is open for viewing on the website of the Unified state register of declarations.

According to the document, Poroshenko said about the possession of the dwelling house in Kozyn (Kyiv region) with an area of 1331 square meters and land plots with a total area of about 42 thousand sq m In Kyiv, the President has the land of 12.4 thousand square meters and two apartments – 134 and 82 sq. m. of Real estate area of 100 sq m is available in Vinnitsa and Odessa regions. In turn, President’s wife Maryna Poroshenko owns a land area of 1900 square meters in Boryspil district of Kyiv and suburban house with an area of 344 sq. m.

Salary Poroshenko at the primary place of employment in the State administration in 2015, amounted to 121 thousand UAH 54.

In the same year, he received 12 404 million 375 thousand hryvnias in the form of interest on deposits in the “International investment Bank”, 984 834 thousand UAH in the form of investment profit on redemption of bonds of internal state loan (government bonds), 45 million 938 thousand 404 hryvnia exchange rate difference at maturity, the government bonds of their value and 2 million 742 thousand 123 exchange rate differences in investment returns at maturity t-bills.

The wife of the head of state received 88 thousand 772 UAH profits in 2015 in the form of wages for the three places of work: “Interstar Ukraine”, LLC “Trading house “Interstar Ukraine” and the all-Ukrainian charity organization “charity Foundation of Petro Poroshenko”.

In addition, the President declared the contribution in the Closed non-diversified corporate investment Fund “Prime assets capital” in the amount of 8.19 million. He also lent to third parties in 2015 of 1 million 111 thousand UAH and $3.85 million

Cash the head of state, according to the Declaration, 900 thousand and $60 thousand

Poroshenko also said in the Declaration that the greatest item of expenditure in 2015 had the acquisition of movable property and securities, on which he spent 159 million 878 thousand 738 USD. Also in the reporting year, it incurred expenses for the rental of vehicles (480 thousand), the purchase of works of art (209 792 thousand UAH), and also paid a total of 571 387 thousand UAH of utility payments (gas and electricity).