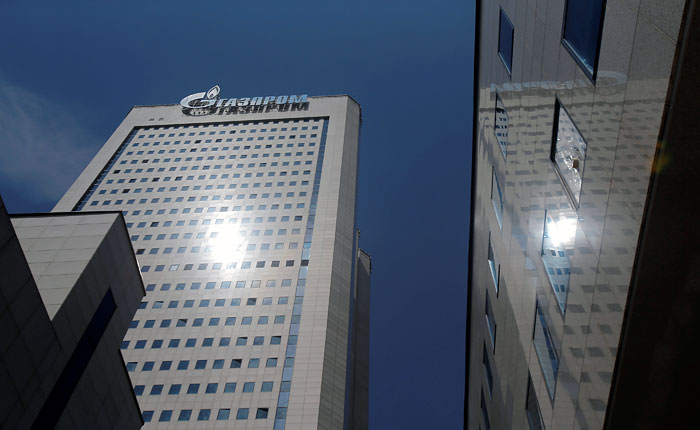 Moscow. 31 Oct. The Antimonopoly Committee of Ukraine demands from Gazprom a total of 172 billion hryvnia ($6.7 billion at current exchange rates), including a fine and penalty for his failure to pay in due time, reported the correspondent of Agency “Interfax” from the meeting of the Economic court of Kyiv on Monday.

“For the delay of 140 days of accrued penalties in the amount of UAH 180.5 billion. However, in accordance with article 56 of the law “On protection of economic competition”, the penalty cannot exceed the amount of the fine, therefore, the Antimonopoly Committee filed a lawsuit to recover 85,966 billion. fine and 85,966 billion. interest” – said the representative of the AMC.

“Gazprom” has received the decision of the AMC on March 4. The deadline for voluntary payment expired on 4 may 2016. The penalty is 1.5% of the amount of the fine per day. The court will continue consideration of the claim of the AMC 21 Nov 2016.

AMC 25 January 2016 has decided to impose a fine of PJSC “Gazprom” on 85,966 billion (about $3.3 billion) for “violation of economic competition in the form of inactivity, which consisted in failure to take measures to ensure that services in transit of natural gas through pipelines via Ukraine on reasonable terms and would be impossible in the conditions of considerable competition on the market, and has led to infringement of interests of “Naftogaz of Ukraine” in the form of abuse of monopoly (dominant) position on the market of services on transit of natural gas through pipelines in Ukraine as the buyer.”

As stated in “Gazprom”, the AMC missing powers in the sphere of regulation of transit of gas through Ukraine. However, at the last possible filing day – April 12 – Russian company registered in the commercial court of Kiev the claim about recognition invalid the decision of the Committee.

The economic court of Kiev by the decree of 13 April returned without consideration the claim of “Gazprom” on appeal the fine. The reason for the refund was improper execution of the statement of claim, namely, the failure of evidence of the authority of the person signing the claim. Gazprom may 4 filed an appeal at Kyiv economic court of appeal, which by decision dated may 18, upheld the decision of the court of first instance unchanged. “Gazprom” on June 7 filed an appeal in the Supreme economic court of Ukraine, which is July 13, refused to satisfy complaints of “Gazprom”, leaving in force the decision of the trial court and the appellate court.

Definition of 13 September, the panel of judges of the chamber in economic Affairs APU refused to accept the claim of “Gazprom” on revision of the decision of the Supreme economic court on the dispute of the Russian gas monopolist with the AMC. “Having discussed the arguments of the statements and examining the attached materials, the panel of judges considers that the submitted statement is not substantiated by the attached evidence,” argued APU its position.

The head of AMKU Yury Terentyev said that the Committee will go to court for penalties imposed on “Gazprom” is fine after “Gazprom” will exhaust all possibilities for appeal against decisions of the AMCU in the Ukrainian courts.