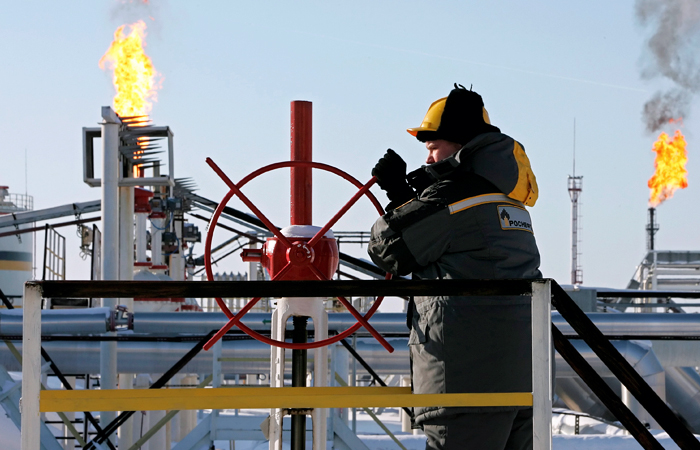 Moscow. 7 Nov. The Chairman of the government of the Russian Federation Dmitry Medvedev on 3 November signed a decree abolishing the order of the government dated 27 November 2014 N2358 – on privatization of “Rosneft”, according to the official portal of legal information.

In a November 3, 2016 not disclosed details of paragraph 1, which States: “for official use”.

By order of November 27, 2014 N2358 the government agreed with the sale of “Rosneftegaz” of shares of “Rosneft” in the amount not exceeding 2 billion 66 million 727 thousand 473 pieces, “at a price not below market, defined on the basis of the evaluation report the market value of the shares prepared by an independent valuer, not below the price of the initial public offering of shares of open joint stock company “Oil company “Rosneft” in 2006″.

Rosneft in July 2006, completed an IPO, raising over 15% of its shares for about $10.6 billion Price per share under IPO amounted to $7,55. In further devaluation of the ruble led to the fact that in dollar terms the shares of Rosneft fell significantly to the level of 2006 the Minister of economic development Alexei Ulyukayev said that he does not see obstacles within the price prescribed in the order. “At the market, no other prices can not be. Now the ruble price of shares “Rosneft” higher than it was in 2006. For dollars the shares are not sold, dollars sold ADR, now they really are cheaper. We are located in the Russian jurisdiction and are talking about the ruble price of shares of “Rosneft”. So, from my point of view, this condition (not below the offering price in 2006) is”, – Ulyukayev said in an interview with “Vedomosti” in December last year.

In October 2016, “Rosneft” in the framework of privatization bought a controlling stake in Bashneft, in early November, the expected Directive on the sale of 19.5% Rosneft. The government wanted to get this package of “Rosneft” at least 700 billion rubles.

An order to privatize 19.5% of Rosneft shares until the end of the year gave the Prime Minister Dmitry Medvedev on October 10.

Vice-President of the company Mikhail Leontyev said that Rosneft is seriously considering the purchase of its shares from Rosneftegaz (the state-owned holding that owns the control of “Rosneft”), as it sees great potential of growth of capitalization. According to “Vedomosti” on participation in the privatization claim China’s Sinopec, KazMunayGas, LUKOIL and Surgutneftegaz.