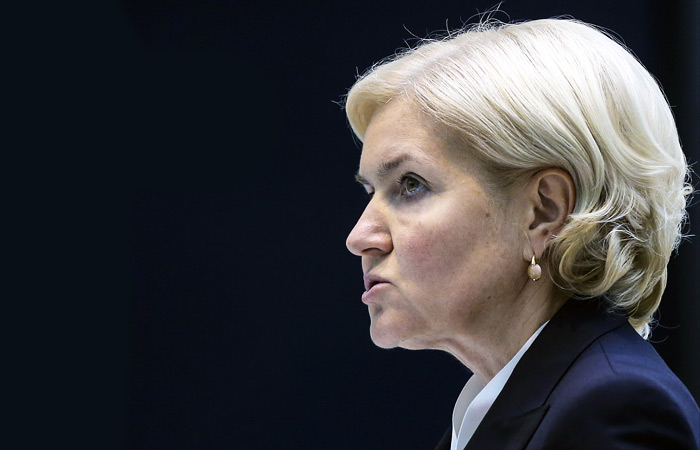 “We expect that it will be about a million people. Additionally you will need about five billion (rubles)”, – said the Golodets reporters on Tuesday.

She stressed that the payment will receive all military retirees. “Amendment will be introduced tomorrow,” she said.

“”Sources for it. This reserve funds”, – said Deputy Prime Minister’.

She noted that the decision was “very important”. “In fact, there was a foiled attempt of financial and economic block to save on people. This is a very fair, wise and timely decision,” – said Golodets.

At the operational meeting with members of the security Council on Tuesday Putin instructed the Cabinet of Ministers to promptly amend the bill on one-time cash payment to pensioners in order to extend it to servicemen and equated categories.

“I ask the government to expeditiously amend the bill so that this measure of support has touched all categories of pensioners, including the military and other similar groups”, – Putin said.

The head of state noted that for this budget there are adequate resources. And reminded that the Duma has already introduced a bill on one-time additional payment to pensioners, which must be made in early 2017 in the amount of 5 thousand rubles.

The next indexation of pensions will be replaced in early 2017 lump-sum payment in the amount of 5 thousand rubles. Earlier it was reported that it will receive about 43 million people are recipients of pension and pension state pension provision.

As explained by Deputy Prime Minister Golodets, lump-sum payment will receive the absolute majority of Russian pensioners, but the pension system of the military has its own characteristics.

“Their average pension today is 22 thousand rubles, and their system of pensioning is based on different principles,” – said Golodets. According to the Pension Fund, insurance pension receive more than 700 thousand military pensioners in Russia.