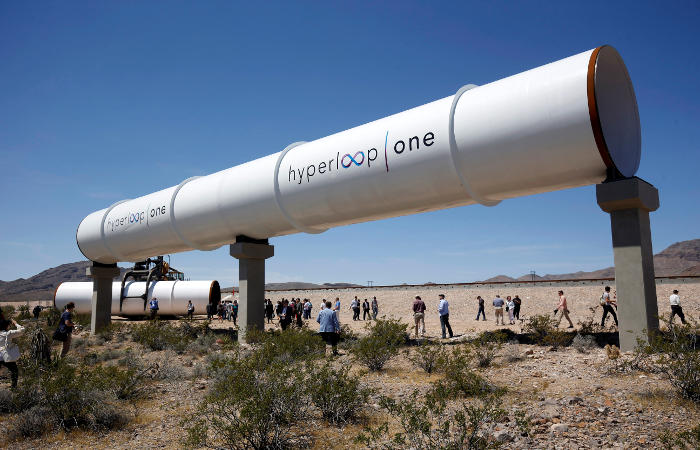 Moscow. 19 Nov. The Russian direct investment Fund (RDIF) multiples increased their investments in American Hyperloop, told reporters the head of the Fund Kirill Dmitriev on the sidelines of the APEC summit in Lima.

“We work with all APEC economies. In particular with China, we recently announced the creation of a venture Fund and a venture Fund will also plan to create, together with Japan,” – said Dmitriev.

Mr DMITRIYEV said that this is the decision, and during the visit of Russian President Vladimir Putin to Japan in December will be announced about who exactly created the Fund.

“Accordingly, in Thailand, we are $2 billion with our partners from Thailand’s C. P. Group invested in the agricultural sector in Russia,” Dmitriev continued. The parties agreed on the key parameters of implementation of the project on construction of a dairy complex in the Ryazan region cost nearly $1 billion, he said.

“And even with the United States, we have some news that we have increased our investment in the Hyperloop. I will not disclose the details, but, say, multiple”, – said Dmitriev.

He noted that it is a joint investment with the Dubai port operator DP World.

“We are moving to the creation of partnerships, combining several funds from different countries, and we continue to work with leading investors from countries such as China, Japan, South Korea, Singapore, Thailand and Vietnam, and hopes to strengthen cooperation with partners from USA and other countries. Together with partners from APEC today we are implementing projects in Russia with total investment of more than $5 billion In the next year we plan to implement in Russia more than 20 joint projects with partners from APEC countries”, – said the General Director of the RDIF, who is also the representative of Russia in business Advisory Council APEC.

Turning to China, Dmitriev said that the continued active work on the Russian-Chinese investment Fund (RCIF created by RDIF and China Investment Corporation), to which as a third co-investor joined a leading financial conglomerate in the PRC.

“Currently, work is underway on expanding the list of promising deals RCIF due to the inclusion of new projects under consideration by the Russian-Chinese intergovernmental Commission. In the coming months RCIF will be announced the first transactions of the Russian-Chinese venture capital Fund in Russia, created in November 2016 in conjunction with the Chinese Tus-Holdings,” – said the head of RDIF.

By Russian-Japanese investment platform, created by RDIF and JBIC, agreement ends the first deals. The announcement of the first projects is expected before the end of 2016.

Vietnam is working on promising projects in the framework of the Russian-Vietnamese investment platform, created in may 2016. Soon RDIF partners can announce the first investment in the telecommunications sector.