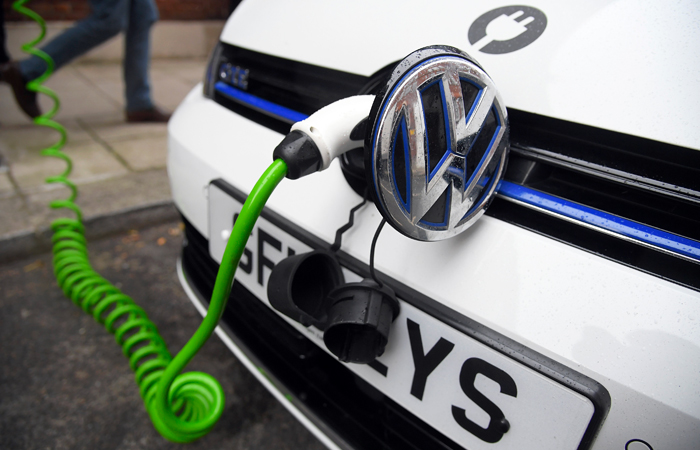 Moscow. 22 Nov. German carmaker Volkswagen announced the strategy of brand development for the period until the end of 2025, designed to triple the profitability of operations, and to restore the market position deteriorated as a result of “oil”. The new strategy envisages active development of operations in the United States and China, as well as the shift of focus to production of electric vehicles – the automaker hopes to become a world leader in this sector by 2025.

18 Nov 2016Volkswagen will reduce 30 thousand employees for the sake of saving 3.7 billion to eurociett read more

“We want to sell 1 million of electric cars a year by 2025, and become a leader in the field of e-mobility,” – said in a press release from VW.

Developing operations for the production of electric vehicles will be financed by spending cuts in other areas, in particular, due to the discontinuation of certain models of cars, which will free up about 2.5 billion euros for e-mobility, the company said. The automaker intends to actively develop operations in the United States, focusing on important segments: the markets of large SUVs and limousines.

VW also expects to strengthen its position in China, where the brand is already a leader. In particular, the group plans to actively expand its range of SUVs and electric vehicles in China and expects to benefit from potential growth in the demand for vehicles in the economy class.

“In other major markets, including India, South America and Russia, VW also intends to develop the segment of economy class”, – stated in the message of the company.

The automaker’s strategy also involves large-scale organizational reform with the aim of “improving the efficiency of decision-making, strengthening entrepreneurial spirit, creating a more transparent culture of negotiations, and more flexible work models,” reads the press release. The implementation of the new strategy will lead to a substantial increase in sales in the next 10 years, as well as increasing the profitability of the brand, expect in a VW.

November 18, VW announced that by agreement with the trade unions, will cut 30 thousand jobs worldwide, or about 5% of the staff of the company group to save 3.7 billion euros. In Germany, the number of employees in the enterprises VW will be reduced by 23 thousand people, the savings will amount to 3 billion euros. In the next five years VW will maintain the level of investment stable at around 4.5 billion euros, according to a press release.

The automaker also intends to create its own digital platform for connected devices and expects that by 2025 it will use about 80 million users.